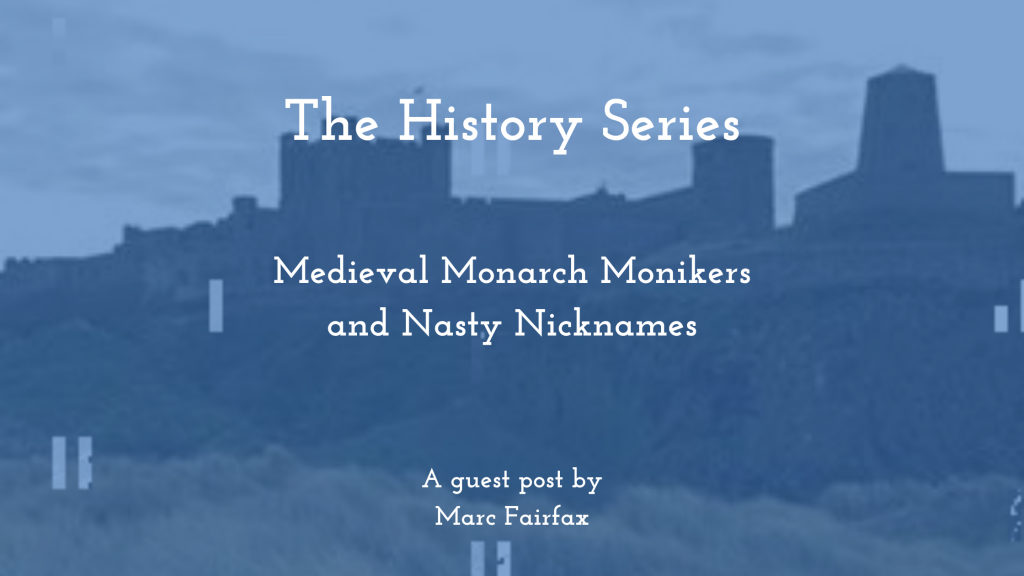 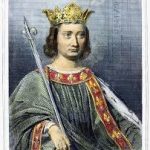 If you read my blog about the Battle of Crecy, you’ll be familiar with Philip the Fair of France and King John the Blind of Bohemia. Both of these men faced Edward III, who may have been the victor on the battlefield but was no match for his adversaries when it comes to descriptive monikers.

It seems as if the period of the Hundred Years War is also the time when descriptive names for English monarchs fell out of fashion, which is a terrible pity in my opinion because there have been some brilliant names given to kings and queens, particularly in the Middle Ages.

Some names allude to greatness – or lack of – on the part of the holder but, most often, they have found themselves attached to names that describe a glaring physical characteristic. In Philip’s case ‘Fair’ is an allusion to his light hair rather than his decision making, while King John the Blind was, well, completely blind. This may seem a tad insensitive in a modern context but far from the worst, as we shall discover.

When Edward Longshanks (which means long legs) died in 1307, he was effectively the last in England to carry such a name. Some 100 years earlier Richard the Lionheart would surely have been pleased with his title. Earlier still, William I would have been relieved with his post-invasion title, William the Conqueror, given that his illegitimate childhood meant he’d previously been referred to as William the Bastard as Duke of Normandy.

Those three names aside, the Norman period and beyond has been a void when it comes to nicknames for English monarchs, although Edward the Black Prince, also involved at Crecy, gets kudos from me for his very cool epithet, despite never ascending to the throne.

Meanwhile in France, almost every royal came with a label. It was a good job too as almost every monarch of the Capetian rulers of France between 1060 to 1328 was called Philip or Louis, so it’s nice to have an extra way of telling them apart on dynastic family trees, as numbers alone can quickly get confusing. 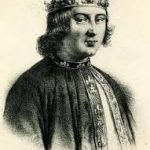 Having such descriptions makes it much easier to distinguish between Philip III the Bold, Philip IV the Fair and Philip V the Tall, who were three consecutive generations of Philips.

There were only two post-1060 Capetian kings to break the mould. The first came in 1316 and was known as John the Posthumous. John, probably named to honour the new pope, came to the throne at birth as his father, Louis X the Quarreller, died while Queen Clementia was pregnant.

John died at only five days old, meaning that Louis’ brother Philip the Tall acceded to the throne. When Philip himself died some six years later without any male offspring the throne went to his younger brother Charles IV, also known as the Fair, just to make matters even more confusing.

Charles the Fair also died young, creating the succession crisis that led to the Hundred Years War. Having reached the end of the Capetian line, the French crown passed to Charles’ cousin in the Valois branch. Naturally he was called Philip and would become Philip VI the Fortunate.

The Philips and the Louis seem to have come off fairly well when it comes to their descriptive legacies, but the period certainly shows a lack of imagination in comparison to some of the things we call French kings. 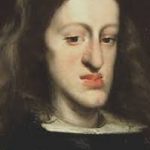 Philip the Fortunate’s successor John the Good has a nice name but it’s rather dull, unless, I suppose, you were to team him up with William the Bad of Sicily and Charles the Bewitched of Spain, whose features were so deformed from inbreeding that he terrified his own queen, to reimagine some bizarre historic reimagining of The Good, the Bad and the Ugly.

The late 14th century saw the arrival of Charles VI the Mad, which may be amusing without context but, unfortunately, was a name given to him because he suffered from some very serious mental health problems, which impacted governance as well as his own personal wellbeing.

Charles the Mad had been the first recipient of a pejorative nickname for many years. Louis VI the Fat ruled from 1108 but also got to be known as the Fighter. Even further back, in 898, you can find the accession of Charles the Simple, although this references his straightforward manner rather than assuming stupidity. His father, Louis the Stammerer, didn’t fare quite so well.

The 15th century is where the French monikers really come into their own. Charles VII the Well-Served marks a distinct shift in the imagination, presumably being a reference to strong government rather than a fondness for the bottle. Although if he did enjoy a drink then I’m sure Charles VIII the Affable would have made good company. 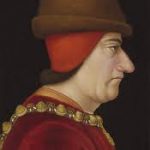 Sandwiched directly between these two Charles is a man who was adept at diplomatic manoeuvring. What do you call a king who knows how to spin webs of political intrigue everywhere he goes? Well, Louis XI the Universal Spider, naturally.

The four kings who ruled between 1547 and 1589 didn’t have any longstanding epithets. My completely made up theory for this is that it was almost impossible to follow King Francis I, who ruled from 1515 until 1547 and devoted a lot of work to introducing a standardised version of the French language.

For his efforts, he became Francis the Father and Restorer of Letters, which stands, I think, as an absolutely superb title. He was, however, also known as Francis the Big Nose. You win some, you lose some, I suppose.

While the French were certainly fond of a good, descriptive name for their monarchs, the same often applied to monarchs all over Europe. Big Nose may be an unkind nickname to carry with you, but Alfonso IX of Leon and Galicia’s may have been worse. 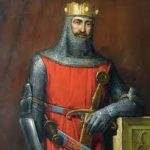 Famous for spitting his words during fits of temper, he has been immortalised as Alfonso the Slobberer. Ivalyo of Bulgaria was known as the Cabbage, due to his roots in the peasantry.

In Norway there was Ragnarr, a ninth-century Viking chieftain who (according to legend) killed a deadly serpent while wearing a pair of cowhide breeches. It would have been fitting that he be called Ragnarr the Serpent Slayer to honour his brave achievement but, alas, he has gone down in history as Ragnarr Hairy Pants instead.

Still, it could be worse. Spare a thought for poor Constantine V of Byzantium who had to rule his Mediterranean kingdom while wearing the name Constantine Copronymous, which means Constantine Dung-Named. Now that’s a crap name.