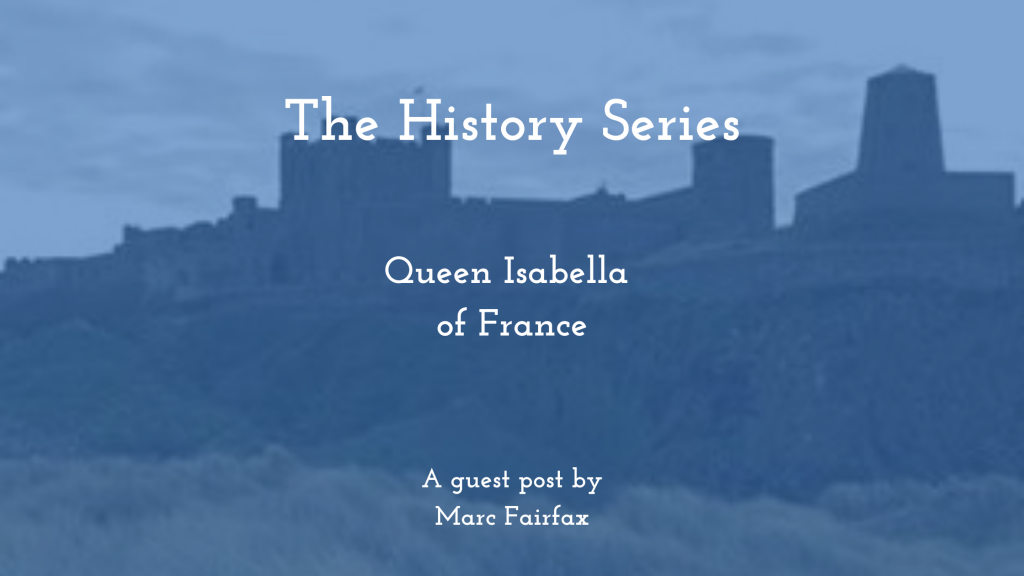 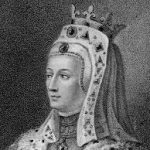 Isabella of France, Queen of England, was a deft political player who blew the whistle on one of the biggest scandals of the 14th century and was a key actor in the outbreak of the Hundred Years War. She invaded England with a mercenary army and overthrew (and possibly murdered) her husband, allowing her to rule in with her partner and probable lover, until she herself was deposed.

A formidable and famously beautiful woman, Isabella’s legacy has left quite the mark on both sides of the channel. So why is it that the only time most people have ever heard of her is in the terrible Mel Gibson film Braveheart?

In the Braveheart world, Isabella, Princess of Wales, is sent to Scotland as an envoy to negotiate with William Wallace. Frustrated with her marriage, Prince Edward being a cartoon-style, mincing, homosexual coward, she’s drawn into Wallace’s manly arms and, presumably, legs; the liaison leads to her becoming pregnant with the future king Edward III.

The Truth About Queen Isabella

This is all completely ridiculous. She never went to Scotland for a start, so was unlikely to have met him at all. Wallace died in 1305, when she was nine years old, and Edward III himself wasn’t born until 1312, meaning her pregnancy would have to have lasted around seven years.

What’s more, the title ‘Princess of Wales’ didn’t exist until 1361, though Edward himself was formally Prince of 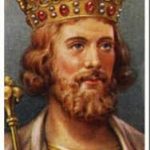 Wales. As a rule, it seems safe to conclude that Mel Gibson isn’t a reliable source of historical accuracy.

Edward II fares no better, although Braveheart are far from the sole guilty party in this regard. Popular opinion often dresses him as a cowardly and feeble leader. Though certainly one of England’s most incompetent monarchs, he was six feet tall, well-regarded for his bravery in battle, and would have the physique to reflect his passion for outdoor pursuits, which peculiarly included digging ditches and thatching rooves.

This misconception is sometimes as problematic for understanding Isabella as much as Edward himself. She has often been rewritten in an almost romantic fashion as a queen spurned by her gay husband, later to take revenge alongside her exiled lover.

Although there’s no certainty, it’s very likely that she was the lover of her close ally Roger Mortimer after her relationship with Edward eventually broke down. It’s also very likely that Edward was bisexual and had sexual relationships with the men he grew close to. They were both complex characters whose lives have too often been oversimplified.

Isabella was the sixth of Philip the Fair of France’s seven children and the only daughter to survive to adulthood. Her older brothers, Louis, Philip and Charles would all eventually become kings of France. Isabella herself was betrothed to Prince Edward of England, the future Edward II, before her fourth birthday, and married him when she was eleven years old.

Edward was an impulsive and often erratic character. Edward caused consternation at his wedding by then celebrating with the company of his favourite Piers Gaveston, with whom he was somewhat besotted, rather than his new queen. There was also much fallout a few weeks later when Gaveston was effectively allowed to steal the show at Edward’s coronation ceremony.

Edward’s devotion to men in his life, particularly Gaveston and, later, Hugh Despenser the Younger, created challenging conditions for the marriage but Edward and Isabella appear to have loved each other dearly, cherishing their time together and becoming parents to four children, before the wheels completely came off their relationship.

Isabella’s influence becomes apparent during the Tour de Nesle affair, which rocked France in 1314. The origins of the scandal can be traced to a party in London to celebrate the king and queen’s return to England.

Present at the party were two Norman knights, Walter of Aunay and Philip of Aunay. Isabella noticed that the 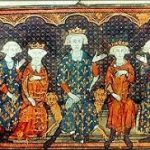 knights were carrying purses that she herself had given as gifts to her sisters-in-law, and suspected that illicit affairs were taking place.

Isabella informed her father on her next visit to France and, after having had the knights monitored, details began to emerge that Margaret and Blanche, wives to Louis and Charles respectively, had been involved in adultery with the two Normans in the Tour de Nesle, a tower that stood by the Seine.

Her brother Philip’s wife Joan was also suspected of being involved but was acquitted, although she did then spend a period under house arrest. Margaret and Blanche were imprisoned, Walter and Philip of Aunay were brutally executed, and the reputation of senior women in French society took something of a hammering.

The Decline of the Marriage

Despite her husband’s behaviour often providing testing circumstances, Isabella was a loyal ally to her husband and their marriage seems to have been mutually affectionate, but the final straw seems to have come in 1321 and her relationship with Edward completely broke down.

Piers Gaveston had long since gone, murdered at the hands of the nobility and dumped in the road after riding his luck once too often. Edward’s closest affections now lay with his chamberlain, Hugh Despenser the Younger.

The king had instructed Isabella to stay at Tynemouth Priory in Northumberland as he went south to raise more troops after a disastrous encounter with the Scots. Concerned for her safety after she learned that the Scottish army were marching her way, she sent a messenger to request men be sent to ensure her safety. 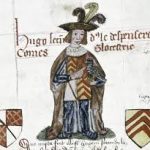 Her request was not met and her household found itself cut off. Edward, meanwhile, had retreated south with the Despensers. She eventually managed to escape in a boat but two of her ladies-in-waiting were killed during the fighting as they scarpered.

Naturally, Isabella was apoplectic and this incident seems to have been the death knell for their relationship as they effectively separated. Things deteriorated further in 1324 when Anglo-French relations declined significantly.

As the French were now seen as enemies of England, Isabella’s estates were confiscated, her French staff arrested, and her younger children were taken from her. To add insult to injury, custody of the children was given to the Despensers.

Fate intervened in 1325. Unwilling to travel to France to ease tensions, in part because he was concerned about leaving increasing unrest in England, Edward accepted the Pope’s suggestion that Isabella could be sent as an intermediary, as she was also the sister of King Charles IV.

Isabella jumped at the opportunity and sailed for her homeland in March, promising to return by the summer. She reached an agreement with her brother whereby, as part of the settlement, the 13-year-old Prince Edward, heir to the English throne, would visit France in his father’s absence, to pay homage to Charles.

To the consternation of King Edward, Isabella didn’t return in the summer. She had work to do. After arriving in France she had allied with the exiled March Lord, Roger Mortimer and they quietly plotted their return to England. Isabella negotiated with King William of Hainault, arranging the betrothal of Prince Edward to his daughter Phillipa.

Using the dowry received, Isabella raised a mercenary army of around 1,500 men, which landed at Orwell, on the 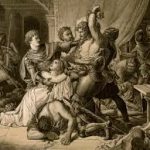 east coast, on September 24th 1326. Arriving in the midst of national unrest, Isabella and Mortimer quickly gained support and marched toward London. They then pursued Edward, who had fled the city with Despenser, westward. The pair were eventually caught and arrested in South Wales on November 26th.

Like Gaveston before him, Despenser met a gruesome end. Found guilty of treason (and assorted other crimes), he was eventually dragged by a horse to his execution place then hanged, castrated, drawn and quartered. Amongst the spectators of this public spectacle were Isabella and Mortimer, who would surely have been glad to see the back of him.

The fate of King Edward is disputed. It had been agreed by parliament in January 1327 that he was to renounce the throne and spend the rest of his days under house arrest. In September, still in custody in Berkeley castle, he died. Probably. There are theories that suggest he actually escaped. Another conspiracy that he was killed by having a hot poker inserted into his anus seems to be a total fabrication.

A popular version of events suggests that Isabella and Mortimer had had him bumped off as it rid them of a potentially dangerous opponent. This seems unlikely, as Isabella had sent him gifts and correspondence during his imprisonment so it appears that they were on cordial terms when he died. His death – or disappearance – certainly made Isabella’s transition to queen regent somewhat smoother.

Edward II’s reign had not been a successful one but Isabella and Mortimer fared no better. Like Edward II and the rapacious Despenser, they ostentatiously bestowed land and gifts to themselves and their favourites, alienating the nobility, most notably their former ally Henry of Lancaster. Edward’s treasury contained almost £80,000 in 1327. When Isabella and Mortimer were themselves deposed in 1330, they left £41 behind.

Intriguingly, Isabella played an understated role in the lead up to the Hundred Years War. The Tour de Nesle scandal of 1314, though unlikely to be a deliberate conspiracy on her part, interrupted her brothers’ chances of producing a male heir to the French throne. The most significant aspect was that they themselves all died as young men without having had the chance to remarry, but things may have been quite different without Isabella’s intervention.

After Charles IV’s death in 1328 Isabella also – as we learned in my recent blog about the Battle of Crecy – staked a claim to the French throne on behalf of the young Edward III, arguing that the crown could pass through the female line even if not directly to a woman, meaning Edward was the rightful heir to the French throne. This claim would be pressed by Edward nine years later, triggering the outbreak of the Hundred Years War. 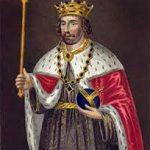 It was a frustrated Edward III who eventually wrested power from his mother and her partner in a very straightforward coup. A noble by the name of William Montagu led a force of 23 men through a secret tunnel into Nottingham Castle, where Isabella and Mortimer were holed up, sheltering themselves from the instability their regime had brought about.

Isabella was stripped of much of her lands but remained wealthy and well looked after for the rest of her days, being assigned an annual income of £3,000 per year from 1331. Mortimer, for his part, was hanged.

An eventful life ended on 27th November 1358 when the 62-year-old Queen Mother died at Hertford Castle. Her body was transferred to London where she was buried, in her wedding dress, at Newgate. At her request, she also went to her grave with the heart of her late husband Edward.