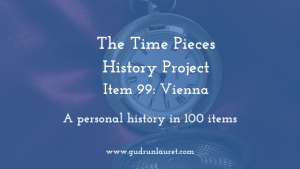 For my final two places, and the last two blogs in the Time Pieces History Project, I want to look at cities (and countries) I have yet to visit, but hope to do so very soon. At the time of publishing this, in June 2020, the world is slowly recovering from the COVID19 pandemic.

We don’t know what will happen next, but we do know that the future of travel will be different. As someone who likes travelling, and as I’ve built my business entirely so I’m able to pack up and work from anywhere at the drop of a hat, this is quite hard to accept, but I’m hopeful that things will improve eventually.

So why Austria and Vienna? Well, because Margaret and Dennis did a lot of travelling when they were younger, including to Austria. They described their adventures in bubble cars, on bikes or on coaches (Margaret was afraid of flying) so vividly that it’s always inspired me to travel and see new places. Dennis sadly died before I completed this project, so I feel that a trip to Austria would be a nice way to commemorate them both.

The History of Vienna 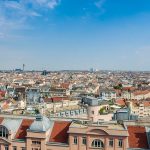 Of course, it’s only called ‘Vienna’ in English, probably a derivative of the French name ‘Vienne’. Today, the locals call it ‘Wien’, which is new High German, and slightly different to the Old High German ‘Wenia’.

There are several theories as to what the name actually means. Some historians claim it’s from ‘Vindobona’ (‘fair village’ in Celtic – ‘fionn’ is ‘fair’ in Irish and ‘bona’ is village). There has even been a claim that this is actually a reference to the cult of Celtic god ‘Vindos’. Finally, it may be ‘Vedunia’ or ‘forest stream’.

Whatever the origin of the name, it’s thought that there were people living there in the Palaeolithic Period, and there were Celtic settlers in the area of modern-day Vienna from 500BC; and the Romans established Vindobona as a fort in 15BC to repel German invaders.

Vienna was later home to Irish monk St Colman (‘colm’ = ‘dove’) and Saint Fergil, and our old friends the Benedictines came over from Ireland to found their own settlements in the 12th century. The Babenburgs (originally from Bamberg in the Duchy of Franconia, now Bavaria) developed the duchy of Austria over several centuries, beginning with Leopold I in 976. It wasn’t until the 15th century that the Habsburgs took over.

Vienna was an important trade centre even in Roman times, and then under the Babenburgs, where Crusaders would come to buy and sell on their way to the East. The dynasty fortified the town in the 13th century, and Vienna was confined to the city walls until the 1700s.

I have to admit that all of these different empires confuse me, especially as geography is not my strong suit. So I thought that I’d take the opportunity to learn a bit more about them and understand their historical significance.

It is not really connected to the Roman Empire that we’re familiar with, as this collapsed in 476, although it did cover vast parts of Europe. Just over 300 years later, in 800, the Frankish king Charlemagne was declared Emperor by Pope Leo III, thereby reviving the title and the empire itself. 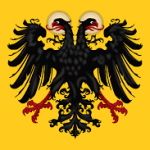 emperors. However, as Charlemagne was crowned by a pope, the explanation that it was a way to bring Christendom under a single rule makes more sense.

For the next 160 years, the title passed down to Charlemagne’s heirs, although it fell out of use for brief periods. It was also frequently contested by Italian claimants, leading to civil wars breaking out. In 962, German king Otto I had himself named Emperor, an act which led to eight consecutive centuries of empire.

While the core of the Holy Roman Empire was Germanic (Germany, Austria, Liechtenstein) it covered a huge area – nearby France, Belgium and the Netherlands were included, as well as Poland, Italy and the Czech Republic. To add to the confusion, the Empire was known at various times as ‘the Roman Empire’ and ‘the Holy Empire’, as well as the ‘Holy Roman Empire.’

Although imperial rule held until the time of the French Revolution, succession wasn’t always straightforward. The emperor answered to the pope, and his replacement was sometimes chosen from among the pope’s relatives and vice versa – this happened in 996 when Otto III made his cousin the pope. Gregory V was the first German papal ruler, and was viewed with suspicion, leading to yet more upheaval.

The downfall of the Holy Roman Empire began with the rise of Protestantism, as well as infighting amongst the various kingdoms that made up the empire. By 1792, France was in the grip of the revolution, meaning the country was at war with various other members of the empire at one time or another. Napoleon defeated Francis II in battle, forcing him to abdicate, and he reorganised the empire in 1806.

To make things more confusing, not long after the end of the Holy Roman Empire, Austria and Hungary combined to make their own empire, which included their respective kingdoms, as well as Croatia-Slovenia, which was an autonomous nation.

The empire was in place between 1867 and 1918, and was the second-biggest country in Europe (after Russia) when it first formed. It was one of the largest manufacturers of industrial appliances and machine-building in the world for decades. 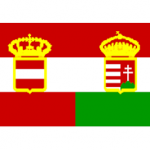 Vienna had already become the capital of the Austrian empire when it was formed in 1804, and served as the capital of the new empire. Austria’s dominance in Europe had waned by the start of the 19th century, and The Austro-Hungarian Compromise helped restore their power. It also appeased many rebels in the country who were unhappy with the Habsburg rule and who had suffered after a failed bid for independence some 20 years earlier.

The empire meant that Hungary had its powers restored, and functioned more independently than they had in recent years, with its own parliament and administrative responsibilities. However, they still answered to Franz Joseph, who was Emperor of Austria and King of Hungary.

Both countries flourished during the empire, with the third telephone exchange in the world (after Zagreb and Budapest, although all three opened in the same year) opening in June 1881 in Vienna. There was an extensive rail network across the empire and a shipbuilding industry in Austria, as well as automotive and aeronautic manufacturers.

It was mostly due to failures during the First World War that led to its collapse. The empire had declared war on Serbia, and expected the matter to be dealt with quickly. However, they soon found themselves against the French, Russians and British and allied with Germany to fight a war that they weren’t quite prepared for.

Other Things Vienna is Famous For

Vienna, of course, is not just famous for being the capital city of Austria and its previous incarnations in empires. It was a centre for classical music, and home to composers Haydn, Mozart and Beethoven, who were all acquainted with each other, leading to the term ‘First Viennese School’ being given to them (although this was not a formal arrangement). 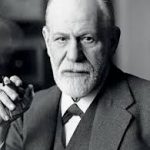 25 years in the city, from 1903 to 1925. There is also a Third School, based around the chamber orchestra Klangforum Wien.

Vienna is also the birthplace of celebrated (although much disputed these days) psychoanalyst Sigmund Freud. In 1913, his near neighbours included Leon Trotsky, Adolf Hitler and Joseph Stalin, and they all frequented the same coffee houses. It’s hard to imagine what their conversations might have been like!