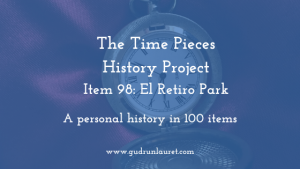 First time on the blog or new to the Time Pieces History Project? Find out what it’s all about here, and then come back to this page for today’s item – El Retiro Park. 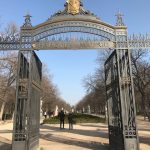 I first visited Spain when I was about four, although strictly speaking we visited the Spanish island of Menorca. I don’t remember much about it other than being hot, visiting beaches, and feeling very grown-up when I was allowed to order my favourite ice-lolly myself one evening.

I went to Barcelona on a school trip when I was 14, and did the typical touristy stuff – the Olympic Stadium, La Sagrada Familia and up in the funicular to see the Black Madonna, or Our Lady of Montserrat. Well, it was a Catholic school, so we had to do at least one religious excursion. And more beaches, of course.

And that has sadly been the extent of my visits to Spain, despite cheap flights and the best of intentions, or at least until earlier this year (pre-COVID19). Mark had won another poker tournament, and this time we were going to Madrid.

It involved the usual parties, but as an extra treat, we went to Wanda Metropolitano Stadium to see Atletico Madrid play Grenada. I have never been to a football match and have never been interested, but as my (jealous) dad and uncle pointed out, if you’re going to see anyone, Atletico are a pretty good team to watch. And we were in a posh box, with free food and drink. They scored in the first five minutes, so that was exciting. So I understand!

The History of El Retiro Park

One afternoon, while Mark was at the casino, I took myself off for a wander around Madrid. My schoolgirl Spanish and the Memrise app (plus all the Spanish dramas I watch on Netflix!) enabled me to get by without too much trouble and I managed to order my lunch without any disasters.

While exploring, I found myself in El Retiro Park, also known as Buen Retiro Park and Retiro Park – “Park of the Pleasant Retreat”, which was under the ownership of the Spanish royal family until the end of the 19th century, when it was made into a public space.

The park was originally designed as a private reflection space when the San Jerónimo el Real Church was built in 1505, during the reign of Isabella I. It was enlarged at the request of Philip II in 1561, after he relocated his court to Madrid, and the wide avenues were added.

The Count-Duke of Olivares (he was a count first, before being given a dukedom), Gaspar de Guzmán, who was a 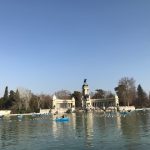 favourite of Philip IV, gifted the king several acres of land bordering El Retiro in the 1620s. de Guzmán took it upon himself to build Philip a house to rival Rome’s noble villas.

A range of additional buildings went up in the following decade, two of which can still be seen today. The Casón del Buen Retiro was a ballroom, and the Hall of Kingdoms (Salón de Reinos) was decorated with paintings by artists such as Velázquez. Ponds, canals and other water features were also added by de Guzmán.

Although El Retiro later went through a period of decline, it was soon restored to its former glory, when Philip V had a French-style garden added, and Ferdinand VI used it to stage operas. The Palace itself was used until it was destroyed during the Peninsular War. Landscaping and additional trees were planted during the reign of Queen Isabella II, and when she was overthrown in 1868, it was put into public ownership.

In today’s park, you can expect to see joggers, cyclists and rollerbladers, or people going to and from the sports centre. El Retiro has something for everyone – a public library, a cultural centre and children’s playgrounds. I was there on a sunny day in February and it was packed then.

It’s also home to Madrid’s oldest tree, which has been in the park since 1630. The Montezuma cypress, also known as the Ahuehuete, doubled as a cannon rest when Napoleon’s soldiers used the park as its army headquarters. Fortunately, any damage the soldiers might have done to the tree wasn’t enough to bring it down.

Isabella is probably best known for making the decision, along with her husband Ferdinand, to fund Christopher Columbus’ trip to the new world, which enabled him to ‘discover’ America. However, there was more to her than that. 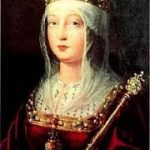 Isabella and her younger brother, Alfonso, were left in the care of their much older half-brother when they were still toddlers – Henry IV took the throne of Castile on the death of their father. Although John II had left money for his infant children to be well cared-for, Henry had them living in poor conditions.

Henry brought his siblings to court when his wife was pregnant, adding Isabella to the queen’s household, where she got an education of sorts, and Alfonso had a tutor. Alfonso was quickly caught up in a struggle for succession, with noblemen keen to have him acknowledged as Henry’s heir. After a battle, Henry agreed that Alfonso could be his heir, so long as he married his daughter (Alfonso’s own niece).

Sadly, Alfonso died less than a year after the agreement had been reached. Isabella made a deal so she became Henry’s heir rather than his daughter Joanna. In return, she could not marry without his consent, but he couldn’t force her to marry anyone either.

Isabella had been betrothed to Ferdinand at the age of six. However, after Alfonso V of Aragon died in 1458, his brother and heir, John II of Navarro, decided his new-found power meant he didn’t need to ally himself with Henry of Castile any more. This led Henry to form an alliance with John’s son Charles (Ferdinand’s brother), and offer his half-sister in marriage to him.

John was furious, and had Charles imprisoned, where he died in 1461. Poor Isabella was then betrothed to Henry’s Portuguese brother in law, followed by the brother of the king’s favourite. Despite having promised to honour his sister’s wishes in allowing her to refuse his suggestions of husbands, Henry still attempted to marry her off to various people, even after Isabella had made it clear she’d prefer to marry Ferdinand.

They were finally betrothed in 1469, and had to receive a papal bull permitting them to wed, as they were second 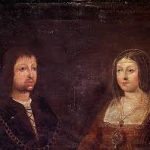 cousins. This was granted by Pius II, an incredible feat for a man who’d been dead five years, and they married the day after their betrothal.

In December 1474, Henry died, and Isabella was named Queen of Castile and Leon. Her niece had plenty of supporters who believed she was the rightful heir, so Isabella had several rebellions to deal with immediately.

Joanna was quickly married off to her uncle, Alfonso V of Portugal (the same man Henry had tried to marry Isabella to) and Alfonso went to war against Castile. After a year of fighting, Isabella was the victor by default. She had her eldest daughter named her heir, thereby securing her own position on the throne.

Isabella also successfully supressed other uprisings while Ferdinand was away in wars himself, and oversaw the Battle of Guinea, which was fought from 1476 to 1479 between the Portuguese and the Castilians. It ended with Isabella being acknowledged as the ruler of Castile.

She also worked hard to bring in financial reforms, to restore the country’s economy after her brother’s lavish spending, criminal reforms and the government. When Columbus returned from the Americas, she made it clear she was not in favour of having the indigenous population enslaved.

Although Spain and Portugal were often at war with each other, they also worked together on occasion to fight a common enemy. From 1807 to 1814, they were involved, with the help of the British, in fighting French troops for control of the Iberian Peninsular. 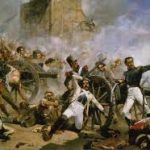 Napoleon was annoyed that Portugal was looking to trade with Britain, and decided to force them to declare war, close Portugal’s ports and detain British subjects. Portugal refused to agree, so Napoleon crossed the frontier into the Spanish Empire.

The official invasion of Portugal was in 1807, and a large area of Spain was occupied the following year. The Iberians revolted and suffered a French counter-attack before the British got involved. Madrid surrendered in December 1808, although there were a number of uprisings and invasions in the six years that followed, with France also being invaded in 1813. Wellington finally secured a decisive victory in April 1814.