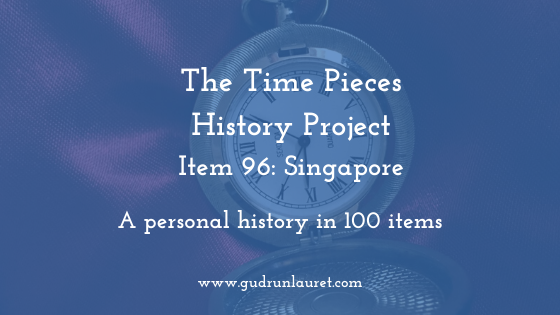 First time on the blog or new to the Time Pieces History Project? Find out what it’s all about here, and then come back to this page for today’s item – Singapore.

When you plan a long-haul flight to somewhere like Australia, you’re encouraged to have a stopover, even if it’s just overnight. This gives you the chance to break up the journey, and also to see somewhere new. When I went to Oz on my working holiday visa in 2007, Singapore was our stop on the way out.

Singapore is a city that really never sleeps – I ventured out in the early hours one morning in search of coffee, and bought one from a McDonald’s pop-up. It’s also the safest place I’ve ever been; I was completely comfortable walking the streets alone (I should say that the McDonald’s was only a few feet from our hotel, and my boyfriend was peacefully tucked up in bed!)

Singapore has something different, depending on your mood. We spent a couple of hours one day in Chinatown and had lunch, we visited waterfalls and temples, and sat on rooftop bars watching the world zip past below us. Oh, and the taxis and the underground are both really cheap, so it’s easy to find your way around.

The History of Singapore

A place named ‘Sabana’ was noted by the Greco-Roman astronomer Ptolemy in the Malay Peninsula in the second century. A Chinese account from the following century documents ‘Pu Luo Chung’, a variation of ‘Pulau Uiong’, which simply means ‘island at the end’ in Malay.

The Chola Empire (a Tamil Indian dynasty) took control of the area for a while after Rajendra Chola I invadedin 1025BC; Singapore was known then as Temasek, although there’s no evidence in the Empire’s official records.

An island called ‘Tumasik’ is mentioned in an epic Javanese poem from 1365. There is a legend that a prince, Sri Tri

Buana, from Srivijaya (Indonesia) landed on Temasek while on a hunting trip, saw a lion, or possibly a tiger he mistook for a lion, and founded the settlement ‘Singapura’ – ‘Lion City’ in Sanskrit (‘Simha’ – ‘lion’ – ‘pura’ – ‘town’).

In the 14th century, Singapore had been abandoned by the Srivijaya Empire, and there was a battle for control of the Malay Peninsula between Siam (Thailand) and Java. It was then under the rule of the Malacca Sultanate (Malaysia) until the Portuguese arrived in the 16th century.

The Dutch took Singapore from the Portuguese in the 17th century, and maintained a majority hold for more than a century. Because of the island’s location, it was a convenient trading post with China and India, and its ports were in high demand. However, by the early 1800s the British had begun to strengthen their own links with Asia, and asserted their dominance to claim Singapore for themselves.

The man credited with establishing modern Singapore is Stamford Raffles, who is so important that they named a hotel and luxury resort after him. There are now ‘Raffles’ in Bali and Moscow, amongst others, and even when the modest beach bungalow hotel opened in 1887, it attracted the glitterati.

The Singapore Sling cocktail was invented at the hotel bar in 1915, and a 100-year commemorative gin was produced in collaboration with Sipsmith. And it turns out that Sipsmith’s founder is the great-great-great nephew of Stamford.

Stamford Raffles was destined for great things – his father was a sea captain and young Thomas was born on a boat off the coast of Jamaica in 1781. He attended a boarding school in Hammersmith and began work as a clerk for the British East India Company aged 14. 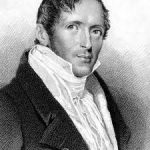 In 1805, Stamford, along with his wife and sister, sailed to Malaya, where he took up the post of assistant secretary to the governor-general of Penang, before being sent to Malacca. He then led an expedition in Java against the Dutch and French who controlled it (in 1811). After 45 days, the British had successfully claimed Java, and Raffles was made Lieutenant Governor of the Dutch East Indies.

Raffles was popular and outgoing, and kept on many of the Dutch former employees, as well as negotiating peace. After his wife died in 1814, he returned briefly to London, writing a book about his time in Java. In 1817, he and his second wife travelled to Indonesia for him to take up a new post.

Due to his extensive knowledge and experience of Malaya, and the fact that he could speak the language (he taught himself on the boat to Penang), Raffles was the best choice to establish a British presence in the area. He decided that Singapura was a good location.

Raffles was able to establish a thriving trading post in Singapore by 1823, strengthening the British claim to running the port and prevented the Dutch from re-establishing themselves. He was committed to having an open port, though, and welcomed ships from any country.

In 1824 he returned to England in poor health, although he was one of the founders (and the first president) of the London Zoo. He died of a brain tumour in 1826, aged 45. The British Museum is home to over 2,000 objects he collected during his time in Malaya, including sculptures, theatre props, coins and drawings.

And the Singapore Sling? It’s a heady combination of gin, Cointreau and Benedictine, mixed with grenadine, lime and pineapple juice and a splash of bitters (although this is not quite the 1915 version mixed by barman Ngiam Tong Boon).