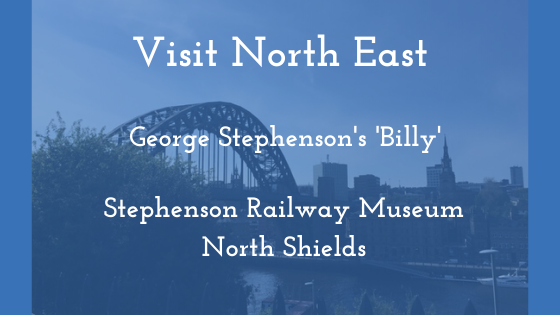 *DISCLAIMER: I intended to visit the Stephenson Railway Museum to take my own photographs & learn more. I will be updating this post after the Covid19 lockdown has ended* 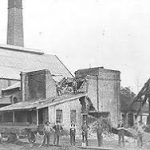 George Stephenson went to work for Killingworth Colliery, owned by Lord Ravensworth, in 1812. The area had several pits, with Ravensworth’s the best known. The town, purpose-built in the 1960s, is to the north of Newcastle and sits on the site of the former village that Stephenson would have been familiar with.

Many of the Colliery employees went on to have important careers in the world of locomotives, including John Blenkinsop, originally from Felling and the inventor of the rack railway to help trains go up steep gradients. A toothed rack rail sits between the running rails and a cog wheel is fitted to the train to assist its movement.

Stephenson was encouraged to experiment and create during his time at Killingworth Colliery, and it was here that he designed the ‘Geordie Lamp’, the rival to the Davy Lamp for miners. Between 1814 and 1826, he invented and refined several locomotives, of which Billy was just one.

Prior to Billy, Stephenson built the ‘Blücher’, named after the Prussian general who helped defeat Napoleon in the Battle of Waterloo. Blücher could pull a train of 30 tons at a speed of 4 mph, and was powered by steam. Through observations, he concluded that it wouldn’t save the pit much money, but that refinements would make a big difference.

Over the next couple of years, Stephenson continued to make adjustments and improvements to his engines, constructing another two before the appearance of ‘Billy’ in 1816. It has long been believed that Billy was actually a decade younger, but archaeological surveys carried out in 2018 were able to accurately date him to 1816 rather than 1826, making him the third oldest surviving locomotive in the world.

The design of Billy, 13 years before his more famous descendent the ‘Rocket’, was incredibly innovative for the time. 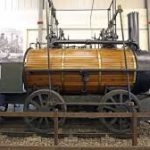 The early locomotives were mobile versions of the steam engines found at the pits, and were known as ‘travelling engines.’

Billy uses the track gauge set by Stephenson (and is now accepted as ‘standard gauge), which helped the archaeologists to date him accurately. A feature of the cylinders and axles also help establish the year he was built. These are both significant, because Billy has not retained any of the original parts he was built with.