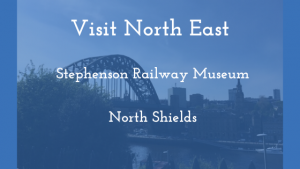 *DISCLAIMER: I intended to visit the Stephenson Railway Museum to take my own photographs & learn more. I will be updating this post after the Covid19 lockdown has ended*

The final blog in our series on places to visit in the north east of England (and managed by the Tyne and Wear Archives and Museums) looks at the Stephenson Railway Museum. It’s home to Billy, one of the oldest locomotives in the world, and celebrates the work of railway pioneers and engineers George and Robert Stephenson. 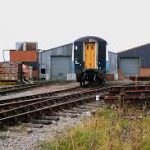 The current museum venue was founded between 1982 and 1984, although the site in its entirety wasn’t completed until 1991. An earlier incarnation was the Monkwearmouth Railway Station Museum, which was based at the opposite side of the river, at the former station in Sunderland.

The Monkwearmouth Station was built in 1848 and served as the main station for the city of Sunderland. It closed in 1967 and opened as a museum in 1973. The building, designed by architect Thomas Moore, is now Grade II listed and features a restored Edwardian booking office.

The Museum Association moved to the charmingly-named Middle Engine Lane and The North Tyneside Steam Railway Association was formed to build a steam-powered passenger railway alongside the museum itself. Entry to the museum is free, but you have to pay to ride the train.

Considered the ‘Father of Railways’, civil and mechanical engineer George Stephenson was born in 1781 and developed a rail gauge that is now the standard for railways around the world and is now known as ‘Stephenson’s Gauge.’

Along with his son, Robert (born 1803) he built Locomotion No.1, the first passenger steam locomotive. It had its first outing in 1825, when it carried people on the Stockton and Darlington Railway, a few miles from where Stephenson lived. 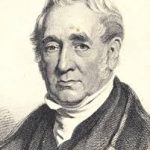 Stephenson senior was familiar with the collieries of Northumberland, as his father was a fireman there. Prior to his work on the best ways to transport the coal, George focused on improving miners’ safety.

Naked flames frequently caused explosions in the pits, so Stephenson experimented with a safety lamp. Although he displayed his lamp a month before Humphry Davy demonstrated his own at the Royal Society in 1815, he was accused of stealing Davy’s invention.

Both lamps worked but looked different, although only Davy was considered a ‘proper’ scientist and so his prototype was championed. Locally, a committee worked to prove that Stephenson had had no knowledge of Davy’s work and cleared his name. A House of Commons committee agreed in 1833, saying that he had also invented the safety lamp. The Davy lamp was used in mines everywhere across the country except in the north east, where the ‘Geordie’ lamp was used instead.

Robert Stephenson built on his father’s success. He worked as chief engineer for the Liverpool and Manchester 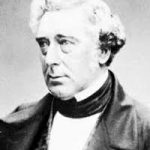 Railway before he set up his own business in his native Northumberland. He also spent some time in South America, helping the Columbian Mining Association explore rail possibilities.

Robert was the designer of the Rocket, the steam locomotive which won a competition organised by his former L&MR employers to find the best engine to power their trains. In 1824, George Stephenson and Son was founded, a company which was responsible for the construction of many railways across England.

Waggonways were a means of transporting coal in the 1800s. Using cutting-edge technology to move loads quickly, we learn that “The waggonways were so distinctive and innovative that the rest of the world were keen to learn our secrets, attracted industrial spies and put the North East on the world map” (Dominique Bell, Project Co-ordinator, Willington Waggonway Research Programme).

The Willington Waggonway had been lost in time, until the Neptune Shipyard site in Walker underwent 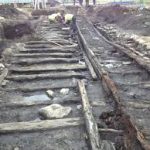 archaeological investigations in 2013. The wooden timbers found are the best-preserved of any early railway remnants found anywhere in the world.

The waggonway is a precursor to Stephenson and the modern railway, as it used his standard gauge (spacing of the rails) of 1435mm. It is hoped that the rest of the waggonway can be saved and protected for future generations.