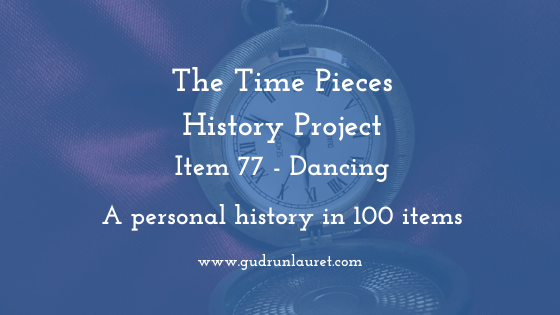 First time on the blog or new to the Time Pieces History Project? Find out what it’s all about here, and then come back to this page for today’s item – dancing.

OK, dancing is not strictly an item, but it’s very definitely a leisure pursuit. I have to be honest and say that I’m a terrible dancer, but that’s never stopped me! I’m fortunately not easily embarrassed, and I don’t need much encouragement to get onto a dancefloor. In case you’re wondering how bad I am, a schoolfriend once told me, having observed me at a holiday disco, that I danced like a crippled pigeon.

I often dance around the kitchen while I’m cooking, I’m always willing to get up at a wedding or a party, and I’ve even been known to dance in the car. I also spent a lot of time at nightclubs in my teens and early 20s, where I perfected a particular style of dancing to indie music – everybody was doing it at the time.

The only time I refused to dance was at my own wedding! Mark and I are both awful dancers, and I didn’t like the idea of everybody standing around while we swayed awkwardly to a slushy song. I don’t know what we would have chosen for the first dance anyway, because it took us six months to choose the music for the service. We did debate on doing a parody routine to Paul Simon’s ‘Call Me Al’, and I still think we should learn one.

The History of Dancing 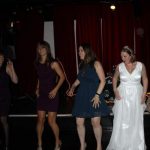 Me and my wedding guests dancing to Whigfield’s ‘Saturday Night’!

Dancing has been part of civilisation from the beginning. In fact, it may have existed before we did – there is a theory that primates danced even before evolution got a hold of them.

In India, paintings depicting dance have been found at the Bhimbetka rock shelters, and date back 30,000 years, and tomb paintings from 3300Bc have been found in Egypt. Dance has been a means of expression, for rituals and entertainment. Now, we can identify two main categories: performing for an audience, or theatrical dance, and participatory social dance, which is people dancing together.

In those early days, dancing would have been a type of social interaction to foster clear communication and cooperation amongst humans. Dances to mark certain times of the year or significant events are found all over the world.In the ancient world, dance served two purposes – for entertainment and religion, particularly in Egypt, where the priests used it as a way to tell stories. Likewise, in Greece and Rome, it formed part of many religious ceremonies, particularly when celebrating the god of wine (Dionysus/Bacchus). That doesn’t sound very surprising!

In China, shamanic rituals involved dancing, and in the first millennium BC, during the Zhou dynasty, the ‘Yayue’ (‘elegant music’) was an important part of political life. It included dance paired with classical music, and was performed at temples and royal courts. During the Tang dynasty (618 – 907), performers came from all over the world to dance at court, and when Chinese opera rose in popularity in the Sung dynasty (960–1279), the traditional dances were incorporated into it.

In Europe, dancing began in 15th century Italian courts. During the Renaissance, dance masters taught the nobility, who performed for the rest of court. By the 17th century, courtly ballet was popular, and it moved to theatres to be performed by professional dancers in the 18th century.

Ballet continued to be the main form of dance performed until the early 20th century, when other types of modern dancing became popular. Throughout Europe and the rest of the world, folk dancing, specific to the area and culture, was an activity at celebrations and events.

Ritual and ceremonial dancing varies from one country and culture to another. For example, in India, ‘Shastriya Devesh’ is the umbrella term for eight classical dances based on the ‘Nāṭya Śāstra’, an ancient Sanskrit text.

The book sets out the steps and movements of each dance as well as gestures and facial expressions. Believed to have 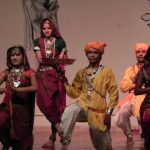 been written by Bharata Muni, a scholar and expert in performance and music in Ancient India. Thought to date to somewhere around 200 BCE and 200 CE, it explains that the dances are a way of expressing what is in the scriptures.

The ‘Sama’ (‘listening’) is a type of dance known as ‘dhikr’ (‘remembrance’) and may date back as far as the 10th century. It is performed in Sufi (Islamic mysticism) cultures in places like Turkey. ‘Sufi’ is thought to mean ‘one who wears wool’, and these were often mystics.

The most famous of the Sama performers are the whirling dervishes, who dance in a circle whilst twirling each other. The Mevlevi Order perform it in honour of god, and it was introduced by their 13th century founder, Jalāl ad-Dīn Muhammad Rūmī, often referred to simply as ‘Rumi.’

In Europe, there are all kinds of ritual dancing still popular today. In Yorkshire, the long sword dance, using wooden or solid metal swords, is believed to have developed from the Northumbrian rapper dance. The rapper dance uses flexible swords, and is thought to date back to the 1700s. Sword dancing is found all over the world, and sometimes has a military flavour. The rappers are connected to each other by their swords while they jig, and performances often use a similar set of characters to engage the audience.

The waltz has been popular for centuries, and dates to back to the 16th century, although it really took off in the mid-19th century. Originally, the dancers had to dance at arm’s length from each other, but that soon changed. ‘Waltz’ comes from the German ‘to turn’, and it evolved wither from a dance for couples known as the volta or from western Tyrolean folk dancing. Until it was adopted by the European, and particularly Viennese, middle classes, group dances at events were structured and formal. 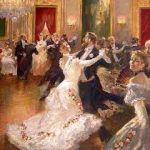 The waltz, with the participants close together and with quick steps, was scandalous to the older generation. Even hand-holding was rare, and it was believed that it would corrupt young women. In fact, a British-published manual of good manners from 1833 said: “only married women should dance the waltz, as it is too immoral for the unwed.”

It was thought that half of Vienna’s population attended balls held at one of the city’s five ballrooms over the spring of 1832 alone. Austrian composers Joseph Lanner and Johann Strauss the Elder and the Younger all penned music for the waltz, with the 1867 ‘The Blue Danube’ by Strauss the Younger becoming the most famous. The waltz craze spread throughout Europe over the next two hundred years, and finally reached the United States, where it hit its peak after the civil war. From there, US versions of the dance appeared, including the ‘Boston Waltz’.