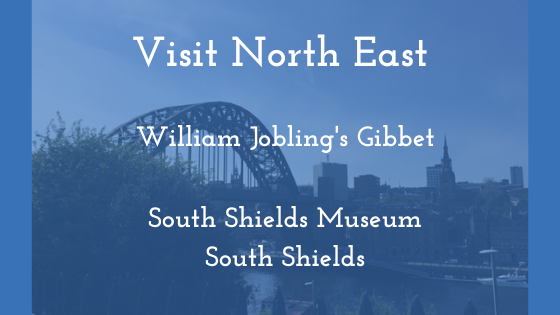 *DISCLAIMER: I intended to visit the South Shields Museum to take my own photographs & learn more. I will be updating this post after the Covid19 lockdown has ended*

The South Shields Museum has a piece of the gibbet used to execute murderer William Jobling in its collection, and a grisly recreation of what that would have looked like.

Who was William Jobling and Why Display his Gibbet?

William Jobling has the dubious distinction of being the second-to-last man in England to be executed via gibbeting. Born in Jarrow, South Tyneside, in 1794, Jobling lived with his wife and two children in Jarrow Colliery Village. He worked as a miner, probably at the nearby Alfred Pit. 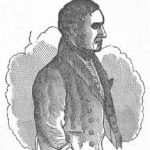 In June 1832, Jobling and his colleague Ralph Armstrong went to the pub. Some time afterwards, presumably on their way home, they ran into a local magistrate, Nicholas Fairles, and Jobling asked him for money. Fairles refused, and Armstrong responded by beating him around the head.

Both men ran off, but residents of a house near the scene of the attack witnessed the whole thing, and identified Jobling, who was arrested on the beach while watching the horseracing. Armstrong escaped and was never caught. It’s thought he went to sea.

Fairles survived the attack, and Jobling was brought before him to be identified. Fairles confirmed that he’d been present at the time, but was only a bystander. Jobling was nevertheless taken to gaol, and when Fairles died 10 days later, was charged with murder.

At his 1st August trial at Durham Assizes, jurors took only 15 minutes to find Jobling guilty, as the law stated that his presence alone was sufficient (he should have intervened when Armstrong attacked Fairles).

He was sentenced to death by hanging and his body to be gibbeted. The gibbeting was to set an example to would-be criminals in the area. He was executed 48 hours later, and his body remained on display for the rest of the month. Once the guards had left, his friends stole his body and it was never recovered. Incidentally, one James Cook was the last man to be gibbeted, a week after Jobling.

Gibbeting is not the same as ‘a gibbet’, which refers to any device used for an execution, including the gallows and guillotine. Gibbeting was also referred to as ‘hanging in chains’, and was a method of displaying the dead criminal’s body. Death by gibbeting involved leaving the person to starve to death.

As well as murderers, gibbeting was also carried out on pirates and highwaymen, which is why they were often seen 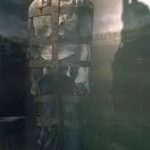 at crossroads. The gibbet varied in style, but was a metal enclosure of some sort. Sometimes they were oversized cages, and other times they were made of a frame and bands, with the upper body held in one piece and the legs in two others.

In Jobling’s case, once he was hanged, his body was left for an hour and then taken down and processed. It was stripped naked and coated in preservative pitch, his head bound in cloth and then placed into the frame. It was then transported to Jarrow slake where the cage was attached to the wooden gibbet and sunk into the water.