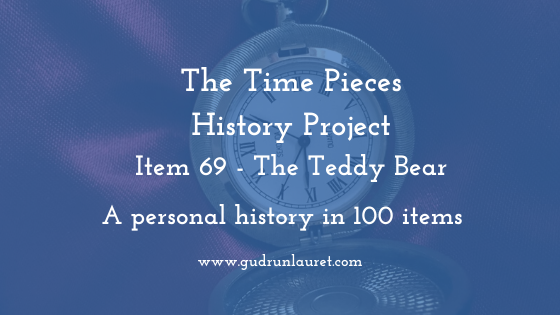 First time on the blog or new to the Time Pieces History Project? Find out what it’s all about here, and then come back to this page for today’s item – the teddy bear.

The Teddy Bear – Introduction to Item 69 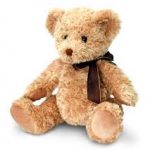 I had two teddy bears when I was little. One was a traditional type, with a muzzle, jointed arms and legs and looked quite realistic. Unfortunately, it was also rock hard, so not ideal for snuggling up to at night.

The other was a Care Bear, which were all the rage in the mid-80s. I had my heart set on a Sunshine Bear, and told Santa Claus I wanted her when I went to see him in his grotto. He obviously wasn’t listening properly, as on Christmas morning I received Tender Heart instead. I was moderately disappointed, but I recovered quickly, and reminded myself that he was actually the leader of the Care Bears, which was pretty cool.

Unlike many children, I didn’t take my bear everywhere with me, but I did sleep with him every night until I realised my boyfriend probably found it weird. I think most people still have their favourite childhood cuddly toy, and they’re often handed down through generations, which is a lovely tradition.

The History of The Teddy Bear

Teddy bear toys are a fairly recent invention, dating back to the mid-1800s. Margarete Steiff was born in southern Germany 1847 and was paralysed after a fever when still a baby. She managed to qualify as a seamstress and worked at a tailor’s shop owned by two of her sisters.

In 1877, she set up her own tailoring company, working from a spare room in her parents’ house. Two years later, she came across a pattern for a stuffed elephant, which she intended to sell as a pin cushion but which quickly became ideal children’s toys. By 1886, she was running her own toy factory, making a range of stuffed animals.

The bears for which the Steiff company became famous was actually the invention of Margarete’s nephew Richard. 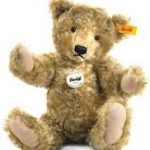 He designed the stuffed bear with moveable arms and legs – the first in the world. In 1902, he debuted the bear at the Leipzig toy trade fair, and it was an instant success.

Bears are also popular in another German city – Berlin – and can be found all over as souvenirs. In 1280, almost 50 years after it was founded, two bears were added to the city’s eagle seal. Later on, one of the bears was removed, but a version of it is still on the seal today.

There are various theories as to why, including a similarity to the German word for ‘bear’ – ‘Bär’, that it was named after Albrecht der Bär (Albert the Bear, first ruler of the city) but it may also come from the Slavic word ‘berl’ – ‘swamp’.

While bears may have been popular toys, the name ‘teddy bear’ is said to have come about because of Theodore Roosevelt, 26th President of the United States, and an incident that took place early in his term.

During the miners’ strike in the Midwest in 1902, Roosevelt went out to meet with the union and mine operators, and a deal was eventually reached. From there, he accepted an invitation to go to Mississippi to stay with the governor and have a little holiday. The pair went out to the lowlands and camped, which doesn’t sound like much of a holiday to me! 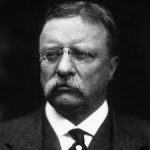 There was a political motive for Governor Longino to invite the President out – he was running for re-election and his opposition was a white supremacist who advocated lynchings. Roosevelt was known to be opposed to these beliefs, so Longino hoped to show that the President was on his side.

Roosevelt was keen to see a bear while he was away, and the hunt guide, Collier, picked up the scent of one on the second day of the trip. The President was summoned to come and kill the bear, but while Collier was waiting one of his dogs was killed. To protect the others, he smashed the bear in the head with a rifle and tied it to a tree. Roosevelt arrived but felt it was unsportsmanlike to kill it while it was tied up, leaving Collier and another hunter to kill it with a knife.

The story rapidly travelled the country, and the following Monday the Washington Post carried a cartoon depicting Roosevelt refusing to shoot a bear cub. The title, ‘Drawing the Line in Mississippi’ referred to both his opposition to lynchings and his sporting code.

Brooklyn-based store owner Rose Michtom crafted a bear out of plush velvet and put it in the shop window with a sign that read ‘Teddy’s bear’ – Teddy being a nickname of Theodore. We may assume that either somebody referred to the President that way, or the Mitchtoms thought it fitting for the situation.

They were inundated with requests for the toy, but thought it best to get permission to use the President’s name. They sent an explanatory letter along with the bear to the White House, and Roosevelt agreed. It took off and the Rose and her husband Morris became successful toymakers.

The well-known children’s song, about teddy bears having a picnic, was actually written in three stages. American composer John Walter Bratton wrote the music in 1907, calling the piece ‘Teddy Bear Two-Step’. Lyricist Edith Harrhy is believed to have renamed it ‘Teddy Bears’ Picnic’ and put together some words, although ‘picnic’ was not one of them. In 1932, Jimmy Kennedy, an Irish songwriter living in Somerset, penned the lyrics we know today. Local folklore 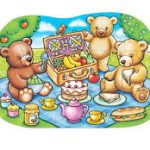 says a wooded area in his home village provided him with inspiration for the song.

The song was recorded various times, with the first broadcast by the BBC Orchestra, led by Henry Hall and with Val Rosing singing. It was recorded by Rosemary Clooney, Jerry Garcia of the Grateful Dead, and actor John Inman. Kennedy himself wrote and published a poem version in 1952. The Hall version was of such good quality that BBC sound engineers used it to test audio equipment and calibrate their frequency response.