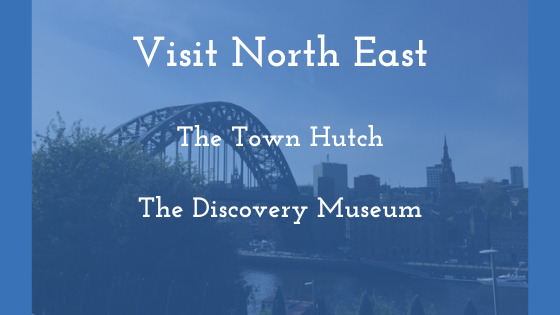 The Discovery Museum has so many brilliant artefacts that it’s almost impossible to single one out. However, the museum helped me out, as they’ve chosen their own ‘Top 10’ to highlight, so I’ve picked number two, the town hutch to look at here. 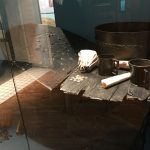 The hutch is a large oak box, bound with iron and made in the 1400s. The display sign tells us that it held money and important documents and books which the Corporation, or town government, wanted to keep safe.

The Corporation was made up of officers who each had an important role to play. They were elected each year, and oversaw the running of Newcastle. As well as looking after the hutch, they controlled the weights and measures used in the town. The mayor was at the head, and lived in the mansion house with a coach and a barge so he could travel about town.

Other officers of the Corporation included the coroner and the jailer, the town crier, the quay master (who was responsible for everything that came in and went out on the River Tyne), a town surveyor, a corn inspector and a water bailiff (policed and enforced the law along the river).

There would have also been a number of aldermen, who were elected by the council rather than the townsfolk, and performed a number of functions. In the past, earls or noblemen, as well as governors of the counties, were appointed as aldermen. Also included in the Corporation were the sheriff and undersheriff, responsible for keeping the peace.

The town hutch has nine locks around the sides, and eight of the keys were held by members of the Corporation. The ninth key was in the mayor’s possession, so the hutch could only be open when all members were present. The hutch was kept in the Guildhall, which was the government seat. We learn that some 300 or so years after the hutch was built, the keelmen (who took coal from the riverbanks out to the collier ships in the river) took £1,000 and gave it to the poor in a protest against grain prices.

Incidentally, a ‘hutch’ was made of six sides, with the two shorter ones extended to create ‘legs’ to lift it off the floor and a flat top. The word comes from the Arabic ‘huch’ or ‘hush’, meaning ‘house of an animal.’ No doubt the elevated storage chest was inspired by this, although it probably wasn’t necessary to protect its contents from the cold!

At the start of the century, Henry IV is king, and subdues an attempt to restore Richard II to the throne. He then decides to invade Scotland, and Northumberland’s legendary Harry Hotspur, a member of the Percy family, leads the troops over the border.

Over in Wales, Owain Glyndŵr has himself declared Prince of the country, and sets himself up as a rival to Richard. The Welsh uprising lasts for a decade and ends in defeat, although Glyndŵr himself is never caught. There are several rumours about where he ended up, with some believing he hid at the house of one of his daughters until he died from old age.

Around the world, the 100 Years War finally ends, with the French claiming victory over the English, prompting the War of the Roses. The Byzantine Empire comes crashing down when Constantinople falls to the Ottoman Turks – some historians consider this the end of the Middle Ages. The Aztecs and Incan Empires both prosper, although European colonisation of the Americas will eventually bring them down too. 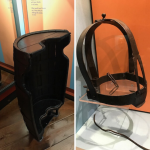 Leonardo da Vinci and Hieronymus Bosch are both wildly successful, if utterly different in style. The composer Robert Morton and the writer Thomas Malory both contribute to the arts in England.

Anyone found to be drunk and disorderly is punished by being made to wear the ‘Newcastle Coat’ or ‘drunk cloak’ through the streets of the town – a wooden barrel. Women had to wear the ‘scold’s bridle’ on their heads if they were considered a gossip. Some versions even came with a metal tongue depressor to help keep them quiet.

If you’d like help to produce blogs like this for your own collections, find out more here.