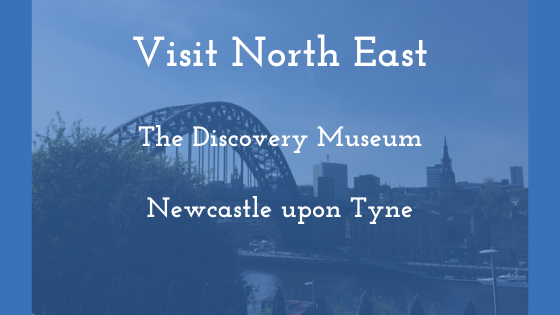 If you have a spare couple of hours (or half a day, to really do it justice), you must go to the Discovery Museum. It’s less than 10 minutes from the train station, open all year round and free entry. They have lots of events on over the holidays, so it’s great for kids. 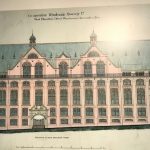 An original sketch of Blandford House

The Discovery Museum is in a building known as Blandford House, and was designed by Oliver, Leeson and Wood in 1899. It served as the Headquarters for the Northern Region of the Co-operative Wholesales society, with warehouses to distribute supplies to more than 100 Co-op shops throughout the region.

The Great Hall, which was restored in 1999, was used as a dining hall for employees, as well as Christmas parties and retirement dinners. The vast, red-brick building was home to several offices and the poshest toilets were reserved for management! A renovation in the 1930s saw modern features added, and a stunning stained-glass window, featuring a sunrise over a wheat field now marks the entrance to the archives.

The History of the Discovery Museum

The museum itself was formerly the Municipal Museum of Science and Industry and the first science museum outside of London. It was based in Exhibition Park when it opened in 1934, in a temporary pavilion that had been put up for the North East Coast Exhibition five years earlier.

Eventually, the permanent collections needed more space than the pavilion offered, and so it was moved across town 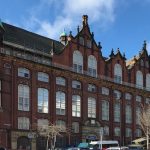 to a larger, more permanent location. Blandford House became a museum in 1978, and the Discovery Museum was launched in 1993.

The exhibits of the museum today retain that early commitment to promoting industry, with a very definite focus on the north east, far more than some of the other venues. The ‘Newcastle Story’ on the ground floor starts right back at the time of the Roman conquest and travels through to the turn of the last millennium.

The Discovery Museum is also home to some of Tyneside inventor Joseph Swan’s early lightbulb prototypes, the Tyne and Wear archives (a collection of documents relating to personal lives, local dignitaries, buildings and more) and Turbinia, a steam-powered vessel which was once the fastest ship in the world.

The people and industries of Newcastle and surrounding areas are very much what makes the exhibitions so vivid, and as the website says, when you visit you can ‘Immerse yourself in the history of Newcastle focusing on the area’s maritime, scientific and technological importance to Britain and the rest of the world.’ 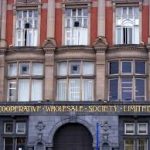 Now known as the Co-Operative Group, or more commonly ‘the Co-op’, the Co-Operative Wholesale Society began in 1844, based on The Rochdale Society of Equitable Pioneers. They set out the Rochdale Principles, which included open membership, regardless of race, religion or gender, democratic member control and a commitment to training and education.

The ‘North of England Co-operative Wholesale Industrial and Provident Society Limited’ was founded in Manchester in 1863, made up of 300 separate co-operatives, and became the Wholesale Society (CWS) in 1872. By 1890 it had spread further across the country, with branches in Nottingham and Bristol.

Alongside these, the CWS had its own factories in various towns and cities, with one in Durham making soap and one in Leicester producing boots. It had a tea plantation in India and offices in Australia and the USA. It also incorporated a bank, insurance society and funeral directors.

When customers went to buy from a store, they effectively visited a warehouse, and went to various counters for their meat, fruit and vegetables, textiles and household goods. The first self-service Co-op shop didn’t open until 1942, in London.