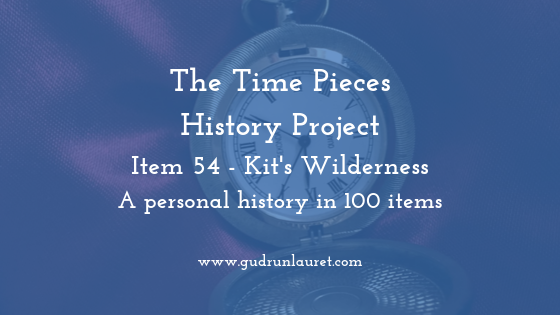 First time on the blog or new to the Time Pieces History Project? Find out what it’s all about here, and then come back to this page for today’s item – David Almond’s Kit’s Wilderness. 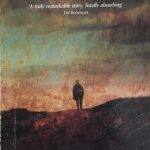 David Almond signed this book for me in 1999! At that time I was still at school and writing for Waterstones’ teenage magazine. When we came to interview him we were well used to meeting authors and usually laid back about it, but we were so excited to meet him we signed copies of the magazine for him!

Although he’s talking about the part of Gateshead my Dad is from, when the book first came out I was still living in Gosforth and didn’t know the area anything like as well as I do now. On rereading it, the importance of community really comes across, as does the significance of the history of being ‘one of the old families.’

The setting of Stoneygate is a real place, although considerably smaller than described in the novel. The fictional town is, it seems, an amalgam of Bill Quay, which sits on the bank of the Tyne, Heworth, where the church and the graveyard are, and the tiny village of Pelaw which nestles in between the two.

The Plot of Kit’s Wilderness

Thirteen-year-old Kit Watson has just moved to Stoneygate, where his family is originally from – his grandmother has died and his parents want to look after Kit’s grandfather (his dad’s dad), who is both getting frail and becoming isolated living on his own.

At school, Kit soon makes friends with a ‘wild girl’ called Allie Keenan, who warns him away from the mysterious and brooding John Askew and his gang of assorted children. All of them are of the old families, and play a game called ‘Death’ in a forgotten pit; you have to be invited to join in.

Kit learns that each of these children are descendants of young mineworkers who died in the pit disaster of 1812 – his grandfather takes him to view the monument in the local churchyard. In real life, the fictional children do not share names with the deceased.

Despite Allie’s protests, Kit gets drawn in to Askew’s world, participating in the game and experiencing ‘death’ for 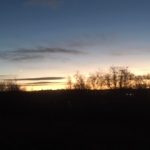 himself. He becomes more aware of the world around him, and starts seeing the ghosts of the children who died in the mines.

Kit also has to contend with his grandfather’s rapid decline and help Allie rehearse for her part in the school’s production of The Snow Queen. He writes a story for English, which, despite being about a prehistoric boy, has parallels to goings-on in the real world. And while he’s struggling to manage all the different parts of his life, Askew and his savage dog Jax go missing… 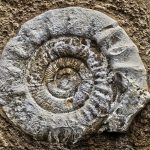 Kit’s grandfather gives him several knick-knacks from his room, including an ammonite fossil. Ammonites are part of the subclass Ammonoidea within the Cephalopoda class of extinct marine molluscs.

The spiral shells look like rams’ horns, and the name ammonite derives from the Latin ‘ammonis cornua’ – ‘Horns of Ammon.’ Pliny the Elder chose the name because the Egyptian god Amun/Ammon wore ram’s horns. Amun, as an aside, was a deity who inspired a monotheistic religion in Egypt for several generations, including the time of Tutankhamun.

Ammonites are similar to creatures such as squid and octopus rather than today’s shelled species. They date between the Jurassic and Cretaceous periods, or 140 million years. They probably ate plankton and any small animals that floated past them.

The spiral shells allowed them to float, and protected them from underwater dangers. They also preserve well as fossils, meaning that when geologists find them in rocks, they are able to date their origins almost precisely. They’re found all over the world, and reveal all kinds of things to scientists.

Mary Anning deserves a mention here, as her contributions to the field of geology were outstanding, if barely 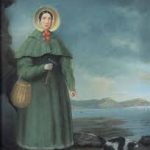 acknowledged during her lifetime. She lived in Lyme Regis in the early 1800s, and spent many hours combing the beach for shells, fossils and interesting rocks.

She and her brother discovered the first, complete Ichthyosaur in 1810, then a Plesiosaurus in 1823, followed by the find of a Pterodactylus in 1828. Her work encouraged scientists to look differently at the origins of the world and to question the long-held biblical stories. It also helped many successful and respected male geologists, who carried on her work after her untimely death at the age of 47.

There are several versions of the ‘Silky’ legend that I’ve come across, although this one is slightly different. In the novel, Little Silky is the ghost of a small boy who haunts the mines where Kit’s grandfather worked, and is thought to be a child miner who died in a pit accident. He’s a benevolent spirit, often reassuring those working under the ground and guiding them out if necessary.

By contrast, the other stories are a bit more gruesome. Many villages have tales of a young man walking along a deserted country road late at night when he realises he isn’t alone. The shapely figure of a woman is beside him, wearing silk skirts which rustle as she walks, and a large bonnet covering her face.

The woman consents to be escorted through the lanes for her own protection, and is an attentive listener to the young man. No matter how hard he tries, though, he is unable to get a glimpse of her face – one so charming must also be lovely, he thinks.

Finally, he is unable to resist peeping under the brim of her bonnet. Unfortunately, the sight that greets him (variously a blank space, a skull or demonic face) is enough to send him screaming back to the village.

The selkie, by contrast, has more in common with Melusine, as they are human/animal hybrid creatures. The word ‘selkie’ comes from the Orcadian (of the Orkney Islands) word for ‘seal’, and if you’ve ever found yourself scrutinised by the big brown eyes of a seal, you can understand why our ancestors should be forgiven for mistaking them for people.

In human form, which they took either once a year (at Midsummer) or every ninth night, selkies enjoyed basking on the beach (so no change there) or dancing when it’s quiet. They retain seal-like features in that they’re lithe and supple. 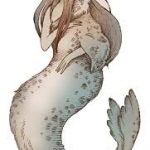 they put their minds to it. If a mortal wished to meet a selkie, she had to go down to the sea at high tide and shed seven tears into the water, and the selkie would appear.

Female selkies were equally alluring, but unfortunately for them human males were less scrupulous. The most important thing to a selkie is their seal-skin, which they shed to take human form. Without it, they could not return to the sea and were forced to stay on land. Unsurprisingly, human men would steal and hide the skins, obliging the selkie to marry him and bear his children.

Selkies are generally considered to be kind and gentle, although probably not after their skins are stolen. However, earlier legends from the Shetland Islands describes them as ‘dark and malevolent’ and their later personification came when they were defined as a separate race to the evil Finfolk, although they were probably the same.

The Finfolk actually originated in Norway, and the word comes from ‘finnar’, an Old Norse word to describe the indigenous, nomadic inhabitants of the country, the Saami. They differed greatly from the Norwegian interlopers; they were pagans and were regarded as sorcerers.

The new arrivals believed the finnars could enter a trance state that allowed them to travel hundreds of miles, could shapeshift and control the weather. They were also believed to have great healing powers. It’s hardly an original idea to make those that are ‘other’ into the enemy, and to pass those beliefs on, as the Norsemen probably did, when they ventured across the seas to remote Scottish islands.