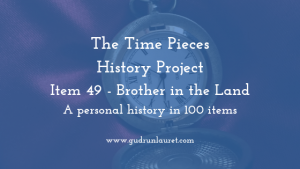 First time on the blog or new to the Time Pieces History Project? Find out what it’s all about here, and then come back to this page for today’s item – Robert Swindells’ Brother in the Land.

Brother in the Land – Introduction to Item 49 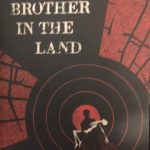 I think I must have been 11 or 12 when I read this book, and it had a profound and lasting impact on me. While Swindells doesn’t go into too much graphic detail about the effects of radiation poisoning, he’s still fairly clear on the devastation of nuclear fallout on the world around us.

Danny’s town is prepared for the possibility of an attack, or so they think. They know what to do in the immediate aftermath, and that the authorities will come and take charge within a matter of days. The fact that they don’t, and the fact that those with power will do anything to hold on to it, is depressingly realistic. 25 years later, the horrors of what a nuclear disaster really means is still vivid in my mind.

The Plot of Brother in the Land

Teenager Danny lives an ordinary life with his parents above the shop they own, and the biggest problem he has to face is being made to look after his seven year old brother, Ben. Escaping from this task one day, Danny cycles up into the hills above his home town.

Caught in a rain storm, Danny seeks shelter in an old bunker, an act which almost certainly saves his life. From this point, he witnesses the nuclear fallout which destroys almost everything around him. Horrified, he hides in the hills for a couple of days, before venturing out into a world that is utterly changed.

For the first few weeks, Danny, Ben and their father survive on the shop’s stock and water from a nearby well. There’s danger from the other people who are left, as some are more desperate than others. Help arrives at last from soldiers camped out at a manor house, but it isn’t what it seems.

People sick with radiation poisoning, the old and the insane are taken away and shot, and rationing is enforced. 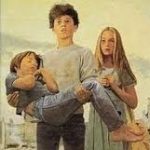 When their father dies too, Danny and Ben go to the only safe place left – a commune set up at a nearby farm. There, Ben goes back to school, and Danny helps with planting crops, cleaning the house and trying to build a relationship with a girl called Kim.

Masada, the community at the farm, isn’t an idyllic haven for the future, but a place where people live on their wits. As those in charge escalate rule enforcement and the criminals and cannibals on the fringes become more brutal, Danny and his friends are fighting a losing battle.

Released in 1984, Threads was produced by the BBC and written by Barry Hines of ‘Kes’ fame. It shows, in graphic, unflinching detail, what happens to Sheffield when it’s caught up in a disagreement between the US and the Soviet Union (as it was then). 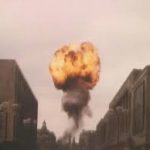 The story follows young couple Ruth and Jimmy and their respective families, as they cope in a ‘nuclear winter’ – the aftermath of an attack. In a few short months, Sheffield, without a town hall or anyone in charge, disintegrates into a frontier town, with looters, starvation, despair and disease rife.

Threads is not available on DVD or any paid-for streaming platform to the best of my knowledge, but you can find it on YouTube if you want. I watched a couple of years ago and had nightmares for a week. Horrible, but important nevertheless.

Of course, like many things, the experiments of nuclear power were initially about the positives, rather than the potential for mass destruction. The discovery of uranium happened as far back as 1789, when German chemist Martin Klaproth named it after the planet Uranus.

Almost 100 years later, one Wilhelm Rontgen created X-rays by passing an electric current through a glass tube. A 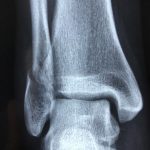 couple of scientists later, Marie and Pierre Curie coined the term radioactivity to describe the gamma rays emitting from an ore made of uranium and radium (known as ‘pitchblende’).

The development of the atomic bomb began in England in 1939, involving German physicists who’d fled their homes, and we know what the outcome of that was. Nevertheless, nuclear energy has many benefits, such as to create electricity.

It’s also used in the medical industry – as well as for X-rays, it’s improved cancer treatment, and gamma rays can be used to sterile equipment. Nuclear energy can desalinate water, enable deep space exploration, and to irradiate crops and kill off crop-eating insects.

Apart from being the setting for grim, near-future Threads, Sheffield is also known as the City of Steel, from its industrial past as a major manufacturer of steel goods. From the 14th century, the city was chosen as a location for factories requiring water power, situated as it is close to the rivers Loxley, Porter, Sheaf, Don and Rivelin. 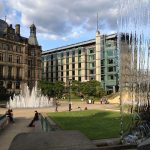 In around 1740, a clockmaker from Doncaster by the name of Benjamin Huntsman opened a steel factory in Sheffield, where he made springs for clocks and watches. He developed cast steel (also known as crucible steel), which was much purer than any other form, and began to make knives as well – Sheffield had been the main producer of cutlery since 1600.

At the same time as Huntsman was making springs, Thomas Boulsover perfected a variation of silver plating that was known as Sheffield plate, which involved fusing a thin sheet of silver onto a copper ingot. First used for buttons, in 1751 it was used to make table and kitchenware. Sheffield was still a major producer of steel goods until the 1990s.

After all that doom and gloom, it seems only fair to have a bit of light-hearted relief. Sheffield was also the location for the film The Full Monty, in which several unemployed Sheffield steelworkers decide to raise money so ringleader Gaz can pay child support money owed to his ex-wife. Inspired by the American troupe, Gaz persuades his motley group of friends to join him in a strip. However, they realise that they will need to go one step further than The Chippendales, and go the ‘full monty’ – bare all.

The Chippendales began in 1979, when nightclub owner Steve Banerjee put a group of dancing, wiggling men in front 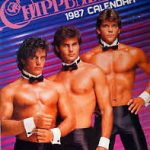 of an all-female audience. And yes, they were named after the furniture – Banerjee’s club was full of the stuff. The troupe were so successful that he even changed the name of the club from ‘Destiny II’ to ‘Chippendales’, which I suppose has more of a ring to it.

While often (and ill-advisedly) mimicked, Chippendales is actually a trademarked brand, with the ‘Collar and Cuffs Trade Dress’ costumes included. This means that the merchandise is protected too. Despite waning popularity, the men continue to perform at the Rio Hotel in Las Vegas, where there is not only a performance lounge but a boutique to go shopping in before or after the show.