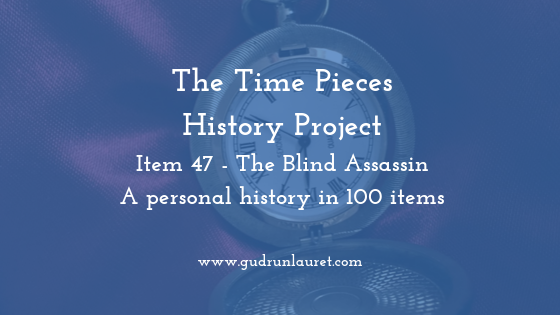 First time on the blog or new to the Time Pieces History Project? Find out what it’s all about here, and then come back to this page for today’s item – Margaret Atwood’s The Blind Assassin.

The Blind Assassin – Introduction to Item 47

I adore Margaret Atwood, and own just about everything she’s ever written. This book, which won the 2000 Booker Prize, was the first one I read. As it happens, my mum bought it for herself and hated it, so she passed it to me and started me off on my Atwood journey.

What I like about her is that she writes on a whole range of topics, so you can’t really describe her as a writer of one particular genre. She does dystopian future quite well, and the TV version of her 1985 classic, The Handmaid’s Tale, has obviously secured her status there. The Oryx and Crake trilogy is written on similar lines.

I’ve enjoyed all of those, but she also does historical stuff really well – see Alias Grace and her hilarious but moving The Penopliad, which tells the story of Odysseus’ wife, Penelope. The Blind Assassin really captures the 1920s and 30s – the impacts of the Depression, the Spanish Civil War and the looming threat of the Second World War.

The Plot of The Blind Assassin

Sisters Iris and Laura Chase are born into a life of relative comfort and wealth – their father is the sole heir to a successful button factory in Canada, and his daughters are home-schooled by a series of tutors, resulting in a rather strange education.

However, things aren’t as happy as they seem. Their mother died when they were both young and their father, struggling with his responsibilities as an employer, parent and representative of a great family, turns into a violent alcoholic (although not towards his children).

When the Depression forces the temporary closure of the Chase button factory, 18-year-old Iris is given, reluctantly, in marriage to Richard Griffen, a business rival to her father and a man twice her age. Iris has been chosen because she can help Richard expand his own empire, and also give him the respectability of being a married man. On the death of their father, 15-year-old Laura is taken in by Iris and Richard.

So far, so standard of the time. But this is an Atwood novel, and Iris is narrating the key points in her life from a 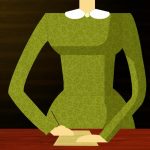 distance of 60 years after they happened, and nothing is as it seems. The novel moves from the present day (the mid-90s) to the girls’ lives in the late 1920s up to 1945, when Laura dies in a mysterious accident (not a spoiler – it’s the opening of the book).

They story is also interspersed with snippets of clandestine meetings between an unnamed couple, who meet in a series of seedy hotels and apartments over a period of several years. The man is a writer of pulp novels, and during their stolen moments, he tells the woman the story of the blind assassin and his home planet of Sakiel-Norn. The Blind Assassin is the name of Laura Chase’s single novel, released after her death, and a scandal of the time, with its sci-fi themes and sex scenes.

Iris and Laura come of age in 1930s Canada, which, like its southern neighbour, is in the grip of a Depression that has serious implications for much of the population, with many of them losing their homes as well as their jobs, and poverty was widespread.

Drought in the Prairies led to the decade being described as the Dirty Thirties – the area had been opened for homesteads in the 1920s, and was promptly hit by annual droughts. The country then became more dependent on farm exports.

The Canadian Encyclopedia tells us that between 1923 and 1933 “the country’s Gross National Expenditure (overall public and private spending) fell by 42%”, which 30% of the labour force unemployed. One in five Candaians survived only thanks to government relief, and the Depression was responsible for the introduction of social welfare and the government taking greater control of the economy. 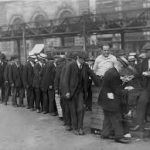 The collapse of international trade had a catastrophic effect on an economy significantly dependent on exports, particularly in the west. Quebec and Ontario had more diversification in their industries, and so suffered less. And of course, it was worse for the lower classes.

The Great Depression was felt around the world. While the collapse of Wall Street in 1929 is often classed as the trigger, there were other factors that led to the ten years of economic downturn. At the lowest point, in 1933, half of America’s banks had collapsed and 15 million people were unemployed.

During the 1920s, the total wealth of America more than doubled and the economy expanded swiftly. This led to a dramatic expansion of the stock market, as much of the population invested their savings, whether or not they actually knew what they were doing.

Unfortunately, a rise in unemployment and decline in production meant that the price of the stocks was far greater than their value. Drought was causing a problem in the US too, food prices were falling, as were wages, and debt was an increasing problem.

It’s hardly surprising, then, that the hapless investors began to realise their mistake. On Black Thursday, 24th October 1929, 12.9 million shares were traded, sold at inflated prices. By the 29th, panic hit Wall Street, on a day known as Black Tuesday. 16 million shares were traded, but most of these were worthless. Any investors who’d used borrowed money to acquire stocks lost everything.

Frequent references are made about the Spanish Civil War, which shows that its significance was far-reaching. Lasting from 1936 until the start of the Second World War in 1939, it was a military revolt against the Spanish government.

A coup failed to take control of the whole country, resulting in a civil war with the Republicans, who had been in power, had support from volunteers from the US and Europe (and most likely Canada), known as International Brigades. On the other side, the Nationalist rebels were helped by Nazi Germany and Italy, which was also under Fascist rule at the time.

The Nationalists included business and land owners and the military, and were mostly Catholic. The Republican 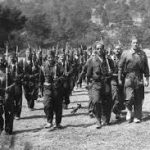 group was made up of the middle class and labourers, and the two sides had vastly differing political views. In 1934, an uprising by Asturian miners was put down by General Francisco Franco, and two years of crises for the government led to a party popular only with the left taking over.

A group of Spanish Republican Armed Forces generals declared military opposition, which pushed the country into bloody civil war. They took the northern coastline in 1937 and besieged Madrid, before capturing Catalonia in 1938. Barcelona fell the following year, when the Republicans realised their cause was hopeless. Franco had taken charge by then, and declared a victory for the Nationalists. He seized power and held it until his death in 1975.

The 1930s marked the tail end of prohibition, which had banned the sale of alcohol in America in 1920. The 21st Amendment, ratified right at the end of 1933, finally repealed an unpopular law which had allowed criminal gangs to organise themselves and disrupt the country.

Prohibition came about because of the rise of temperance – abstaining from alcohol. The American Temperance Society was founded in 1826, and the Women’s Christian Temperance Union started in 1873. While we didn’t go as far as prohibiting alcohol in the UK, the temperance movement was influential here. Just down the road from my house is the remains of a drinking fountain, paid for by the local group to encourage people to drink something purer than beer! 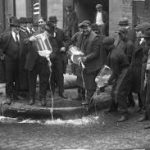 The law stated that alcohol could not be imported or sold, but didn’t say that people couldn’t drink it, so a lot of different beverages were stockpiled in the 12 months before sales were banned. Consumption of alcohol had long been blamed for poor judgement and loose morals, and was often cited as the reason the lower classes remained in poverty. The introduction of probation was intended to curb some of the worst behaviour in people, and to lower crime rates across the country.

Of course, the opposite happened. The majority of citizens would prefer to be allowed to consume alcohol if they wanted, and there were plenty of people happy to help them to do so. Bootleggers were buying industrial-strength ethyl alcohol to brew drinks they could sell to the speakeasies – the illegal drinking houses which flourished at the time. The government took the step of poisoning commercial alcohol, so chemists were brought in to reverse it.

The white-hatted Al Capone is the most recognisable of the prohibition-era criminals, who benefitted hugely from the ban. He became a gang leader at the age of 26, and was responsible for a number of killings across Chicago. Equally famous was Eliot Ness, the agent determined to bring Capone down. His autobiography ‘The Untouchables’ was released just after his death and made into a film.