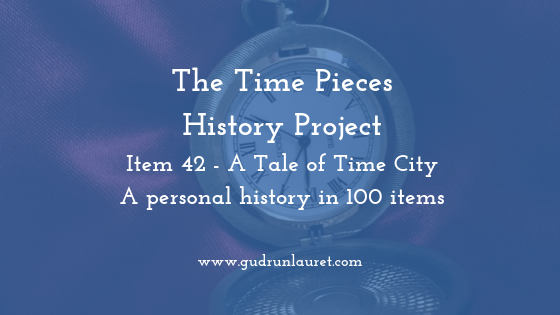 First time on the blog or new to the Time Pieces History Project? Find out what it’s all about here, and then come back to this page for today’s item – Diana Wynne Jones’ A Tale of Time City.

A Tale of Time City – Introduction to Item 42 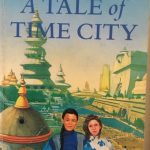 This is one of my favourite books, and I reread it at least once a year. I think I first borrowed it from a library when I was about 12, before buying my own copy a couple of years later. Like Philip Pullman (coming soon), Diana Wynne Jones is writing for children, but she creates such engaging worlds that you can’t help but be drawn in.

I read her Chrestomanci books too, which are set in a parallel world to us, where magic is commonplace and children have adventures, and the much darker, and frankly stranger, Spellcoats, set in a land of weavers and warriors, and people worship idols. Her adult fiction is very different and more science-fiction heavy, and I never really got into it.

The story Archer’s Goon was made into a TV series in 1992, and I watched it with great enthusiasm. Set in our world, schoolboy Howard learns one day that his hometown is actually run by a family of seven wizard siblings, of which Archer (who employs the goon) is the oldest. Howard has to save his family and the town, with the help of only his sister and the au pair.

The Plot of A Tale of Time City

12-year-old Vivian is evacuated from London to stay with her mum’s cousin in the countryside. Arriving at the train station, she’s whisked away by an odd-looking but bossy boy who pretends he’s taking her to Cousin Marty. Instead, Jonathan is from Time City, a place which exists outside of time and space but exerts its influence on history.

Vivian finds herself in a bewildering place, where ancient and ultra-modern architecture combine, chairs are empty 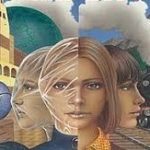 frames and everyone wears pyjamas. Tourists from throughout history visit Time City, to be amazed by the sights, including Time Ghosts and Once Ghosts, who move through the crowds and startle unsuspecting visitors.

Time City occupies a small piece of history, and it’s being worn away. Jonathan has mistaken Vivian for the wife of its founder, Faber John, and brought her to his home to help him save it. Unable to get back, Vivian decides to help him and his young cousin, Sam, to find Faber John’s ‘polarities’ and prevent the destruction of the city.

Despite the urgency of her task, Vivian still has to keep up the pretence that she’s Jonathan’s cousin, and try to get the adults to take them seriously about the end of time. She goes to school, learns to read universal symbols (an alphabet understood across centuries) and discovers more about history and the future.

She goes out for the day in a talking boat, explores food and inventions from different parts of time, and finds that she can float, thanks to a special function on her belt. Everyone in the city has one of these ‘utility belts’ which gives them a pen, a clock, a way of tracking how much money they have – maybe Wynne Jones foretold the smartphone. She also discovers that, deep in a cave, a Time Ghost of herself has existed for aeons…

Several of the characters in the book have run-ins with a hologram, believed to be the mischievous creation of a student visiting Time City from a century where they’ve developed the technology to project an image and have it interact with people.

A hologram is created when light is diffracted to make an image, and is a physical structure, often appearing as three-dimensional. The practise of making them is known as holography, and they are usually a photographic recording of a light field.

The Holocenter, The Center for the Holographic Arts, tells us that “holography is based on the principle of interference, and the hologram captures the interference pattern between two or more beams of coherent light.” By shining one beam on the recording medium (often a particular type of film which is more receptive to the light), the scattered light can be recorded and reconstructed at a later date. 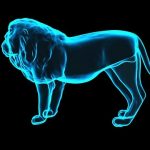 The word ‘holograph’ comes from the Greek words ‘holos’ (‘whole’) and ‘graphe’ (‘writing’). Mieczysław Wolfke carried out research into X-ray microscopy in 1920, as did William Lawrence Bragg in 1939. This enabled Dennis Gabor, a Hungarian-British physicist, to develop a holographic method during the 1940s. Gabor won the Nobel Prize for Physics in 1971.

Prior to that, though, British scientist John Henry Pepper had developed an illusion whereby he could make a ghostly figure appear in a room, a trick he first demonstrated in 1862. Still used today, the Pepper’s Ghost technique essentially involves having two rooms side by side, but having only one visible to the audience.

By placing a plate of glass at a particular angle, the contents of the hidden room (known as the blue room) is reflected at the audience. At the start, the blue room is dark and the main room lit. When the lighting is reversed, the reflection becomes visible, so that whatever’s in the blue room appears to be floating in the air within the main room.

The History of Pyjamas

We’re never told why the inhabitants of Time City wear pyjamas, but we can guess it’s because they’re comfortable and can be thicker or thinner depending on the weather. I imagine them to be more like jumpsuits really, but I do like the idea of going round in pyjamas all day (well, I AM self-employed!)

It’s thought that the two-piece bedwear was introduced to Britain by colonials who’d been out in the East, first 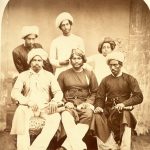 appearing in around 1870. ‘Pyjama’ comes from the Hindi word ‘paejama’ – leg covering. Within 20 years, pyjamas were more popular than nightshirts, although they weren’t considered suitable attire for women until well into the 20th century. Coco Chanel popularised long-leg pyjamas in the 1920s.

In the 17th century, an attempt had been made to introduce ‘mogul’s breeches’ to England for loungewear, but this had been unsuccessful. Over time, they evolved from the traditional long legs and sleeves and buttoned jacket, and daytime versions were introduced in the mid 20th century. Shorty pyjamas were worn by women, and defined by their usage – beach or hostess. Now, wearing pyjamas out of the house is usually frowned upon, and can lead to being banned from Tesco’s.

In an attempt to fix the fluctuations in time and history, Vivian, Jonathan and Sam return to the point in 1939 where Vivian arrived at the train station. In an attempt to blend in, they borrow clothes from a supply room, but they don’t have gas masks. This worries Vivian, because she knows by law they have to carry them.

The gas mask was developed by John Haldane during the First World War, after British soldiers died during and after the 1915 Battle of Ypres due to the effects of chlorine gas used by the other side. Haldane was a qualified doctor, but worked as a medical researcher. Sent to the front to investigate the gas and work out how to protect against it, he began conducting research at home, with the whole family unfortunate guinea pigs. 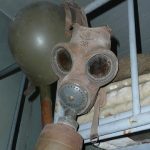 The soldiers were told to hold urine-soaked socks or handkerchiefs over their faces, which was neither practical nor pleasant. His first attempt, of cotton pads wrapped in gauze and soaked in sodium thiosulphate, didn’t work very well.

He then worked on a box respirator, which was refined and perfected by Edward Harrison. Harrison unfortunately died due to the effects of the gas during repeated testing. By the start of WW2, the government was expecting up to 250,000 deaths from poisoned gas in the first week alone, which was why every citizen was issued with their own mask.

Made with black rubber for adults and in bright colours for children (known as ‘Micky Mouse masks to make them less frightening) these were in the shape we’re more familiar with today. The filters at the front contained either white or blue asbestos, which unsurprisingly led to more problems than the poison gas.

Holocenter: What is Holography?
Sit n Sleep: History of Pyjamas
Smithsonian Magazine: The Man who Invented the Gas Mask