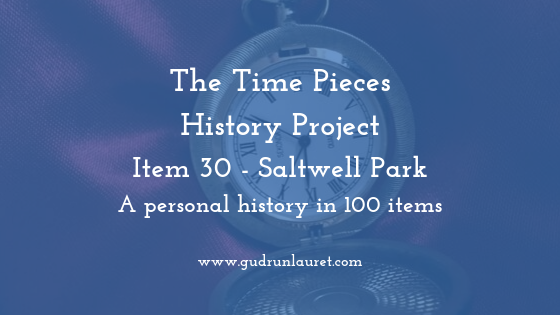 First time on the blog or new to the Time Pieces History Project? Find out what it’s all about here, and then come back to this page for today’s item – Saltwell Park. 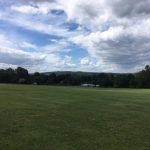 I’ve been going to Saltwell Park for as long as I can remember. My older cousins lived just along the road, and my grandma would take me on the bus (actually two buses, which seemed to take hours) so we could all go together. We also used to go for the annual bonfire and fireworks display, clutching sparklers while we ooed and aahed.

In the mid-80s, Saltwell Park was famous for the aeroplane on the hill at the top end of the park, which which seemed to serve very little purpose. I remember asking repeatedly to be allowed to go in, but Grandma always said no. I have a vague memory of eventually wearing her down, but that may be wishful thinking!

It also boasted an utterly brilliant play park, rivalled at the time only by Homestead Park in York, which was local to me at the time. It had, along with the usual swings, slides and roundabouts, a metal train we climbed all over, and two cars which rocked backwards and forwards in springs. In pale green and pink, they looked like they were made of marshmallows.

There was a collection of large cages, full of birds such as peacocks and chickens, which are still there, and a goat pen, which is not. The boating lake is still used, with giant swan paddle boats to hire, and in recent years the ruined Saltwell Towers has been restored to its former glory – at least on the outside. Inside is a rather generic café. The long-awaited maze never lived up to expectations, so as of today, I’ve still never been through one!

The History of Saltwell Park

Saltwell Park was built around the estate of William Wailes, including his mansion. Wailes was born in Newcastle but studied for a time in Germany, where he studied stained glass design. On his return home, he opened his own workshop, which eventually became one of the biggest producers of glass in the country.

Wailes bought the land in 1860, built himself a house and began to landscape the grounds. However, he ran out of 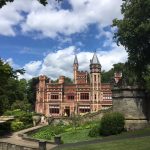 money, and in 1876 sold it to the Gateshead Corporation, and it became a public park. Wailes continued to live in Saltwell Towers until his death in 1881.

In his book Gateshead Perambulations, Desmond O’Donnell explains that the park ground itself was once part of a much larger piece of land. Owned by the Ravensworth family, who were coal-mining magnates, it was known as Saltwellside. Baron Ravensworth was the title bestowed on Henry Liddell in 1747, and the family castle is in Lamesley, County Durham. At this time, Gateshead would have been part of the same county.

O’Donnell says that the land was then owned by several different people, before it was split into lots which were sold separately. Each parcel of land had its own mansion, with one early building having the name Saltwell Towers. There was also a Saltwell Cottage and a Saltwell Hall, so not very imaginative! 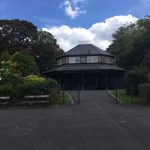 It was once the Gateshead Corporation took over that the 52-acre site was fully developed. They started off by laying out bowling greens, in 1878, 1887 and 1900. The lake was put in in 1880. It covers four and a half acres of the park, and the island, which is still there today, was built to house a bandstand in 1907. An aviary and a maze were also added.

There is also a ‘Salte Welle’ at the far south end of the park. I’m ashamed to say I have never noticed it. It was built in 1872, and features a religious inscription. Nearby is the Charlton Memorial Drinking Fountain, which was built to commemorate a former mayor of Gateshead, George Charlton, who worked hard to promote social reform while in office in 1874 and 1875. There are four drinking troughs, but both this and the well are dry.

Just across the road from Saltwell Park is a tiny, charming theatre – the only one in Gateshead. We lived around the 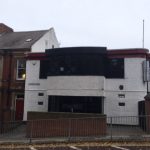 corner from it for several years and only went once… It’s home to the Progressive Players and always has been, and you can rent costumes and props, or hire out the entire theatre should you want to.

In 1920, the Independent Labour Party acquired Westfield Hall on nearby Alexandra Road, which was intended for community use as well as political meetings. One such group was an amateur dramatics club. The Hall, though, was impractical for performances, as the stage and the chairs were temporary and rudimentary, although a better stage was built two years later.

Over time, the group expanded and a company formed – the Progressive Players – in 1924. In 1927 they dropped the reference to the Gateshead ILP Amateur Dramatic Club. For the next decade, the Players were popular with the local residents but not so much with the Hall management committee, who asked them to leave in early 1939.

Some of the members were able to get the money together to buy an empty building on Saltwell View, where the theatre still is today. Unfortunately, the outbreak of World War Two meant that the property became a balloon barrage station. The Players began to stockpile furnishings for the future of the theatre, and in 1942 the RAF vacated the premises. 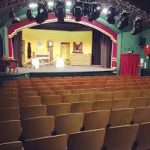 The theatre officially opened in 1943, and for the rest of the war, the Players performed whenever they could. That same year, German bombers flew over Gateshead on a clear night. A mist suddenly obscured the houses, and the bombs landed in Saltwell Park. One, however, dropped quite close to Saltwell View, blowing out the theatre windows and sending a tree through the roof.

Nevertheless, the damage was repaired and the Players persevered. In 1972 they bought the building outright and joined the “Little Theatre Guild of Great Britain”, which supports companies who own their own theatres. It continues to thrive, and is worth a visit. You can also enjoy a drink in the little bar at the interval!