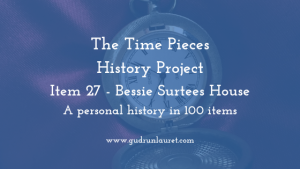 First time on the blog or new to the Time Pieces History Project? Find out what it’s all about here, and then come back to this page for today’s item – Bessie Surtees House.

Bessie Surtees House (apparently there’s no apostrophe in the name!) stands on Newcastle Quayside, an unassuming, brown and white Jacobean building. Many years ago, I used to go to the nearby Cooperage pub for gigs and club nights, and went straight past Bessie Surtees House without noticing. The Cooperage, a white, late-medieval merchant’s house with an uneven staircase, has been closed for a decade.

At the time Bessie’s house was built, Newcastle was thriving thanks to the range of goods being exported elsewhere, both nationally and internationally. At the start of the 16th century, wool was exported at double the value of coal, and the city had been the sixth largest wool port in the country at one point. The Quayside would have been bustling with merchants, sailors and foreign visitors.

The History of Bessie Surtees House

What we now call Bessie Surtees ‘House’ is actually two Jacobean houses, built in the 16th century and added to in the 17th and reaching five stories each. The house is full of perfectly-preserved period features, including fire surrounds and ceilings.

Bessie had fallen in love with the son of a coal merchant, John Scott in 1772. Her father, a banker, did not approve of

the young man, and strongly opposed the match. Bessie was not deterred, however, and decided to elope with her beau. She climbed out of a first-floor window and married Scott, who made something of himself after their marriage.

Scott’s father wasn’t too impressed by his behaviour either, not because he objected to Bessie, but he felt it was ill-timed and would harm his son’s career. Nevertheless, he welcomed his new daughter in law, gave them £2,000 and supported John’s return to Oxford. Mr. Surtees eventually gave way too, and gifted the couple £3,000.

The elopement spoiled John’s chances of taking holy orders and living at one of the Oxford colleges, but he took up law instead, and built his career after being called to the bar. He was made Chief Justice of the Court of Common Pleas and given the title of Baron Eldon. He served as Lord High Chancellor of Great Britain for 26 years.

When we hear the phrase ‘star-crossed lovers’ we automatically think of Romeo and Juliet, Shakespeare’s dopy teenagers who ended up committing suicide rather than running away together. But couples have been kept apart for one reason or another for centuries.

Class, religion, education, location and parental disapproval are all causes of star-crossed lovers, and the histories are probably more tragic but less film friendly than the story of Montague and Capulet juniors. Shakespeare himself borrowed heavily from an Italian poem, which was translated into English in 1562.

Almost as famous are Tristan and Isolde, which is a medieval poem based on a Celtic legend which was based in turn on an actual Pictish king. The Picts lived in the Late British Iron Age and Early Medieval periods, in northern and eastern Scotland. 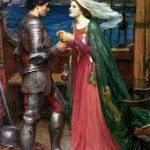 Tristan has gone to claim Isolde for his uncle, King Mark of Cornwall, but somehow, on the journey back from Ireland, they manage to drink a love potion intended for the king. The lovers remain loyal to Mark, but he finally catches them out and punishes them both.

Tristan escapes the stake, rescues Isolde and the two run away to the forest. Of course, Mark finds them and reclaims his wife. Tristan then moves to Brittany and marries another Isolde. Wounded by a poisoned weapon, he sends for his true love to heal him. His jealous wife tells him she isn’t coming, so Tristan dies of despair. Isolde arrives, finds his body, and promptly dies too.

A more exciting pair of star-crossed lovers has to be Antony and Cleopatra, the Roman general and the Egyptian queen. Their story has been told many times, by both William Shakespeare and Elizabeth Taylor and Richard Burton (twice married and twice divorced to each other, they could be described as star-crossed themselves).

Cleopatra was the lover of Julius Caesar until his assassination, and when Mark Antony met her for the first time in Tarsus (now part of Turkey), he was smitten. They had twins and lived an allegedly debauched life. Their happiness was short-lived, however, as he had to return to an Italy divided by political upheaval.

In an attempt to call a truce with Octavian, Caesar’s adopted heir and Antony’s rival, he agreed to marry his sister, 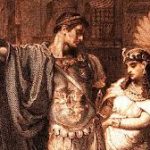 Octavia. Antony and Cleopatra didn’t see each other again for three years, but after that they ruled Alexandria together for two years, and Antony proclaimed her older son legitimately fathered by Julius Caesar.

Octavian didn’t like this, and promptly declared war on Cleopatra. Antony took her side, but was defeated in battle by Marcus Agrippa, losing his lover’s lands. In true Roman fashion, Mark Antony fell on sword, and Octavian told Cleopatra she would be paraded through the streets of Rome, a humiliation too much to bear for a proud queen. As the story goes, she arranged for an asp to be delivered to her hidden in a basket of figs, and died from its poison.

What is significant about the Jacobean period in which Bessie Surtees lived? Quite a lot, actually. The term refers to the reign of James VI and I, King of Scotland (the 6th) and of England (the 1st) who became ruler on the death of the Virgin Queen, Elizabeth I, who had no direct heirs. His mother was the unfortunate Mary, Queen of Scots, reluctantly (?) executed by her cousin Elizabeth. 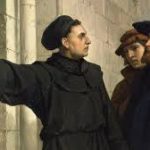 The era is known as ‘Jacobean’ from the Latin form of James – ‘Jacobus’. James came to the English throne in 1603, towards the end of the Reformation period, when Europe was in flux from the challenges to the Catholic Church from reformers such as John Calvin, Martin Luther and of course, James’ ancestor Henry VIII.

James was immediately caught up in a tug of war between the Catholics and the Protestants, and attempted to please them both. This backfired when he reintroduced the recusancy fines (a punishment for continuing to support the Pope) he’d just got rid of, and threw out the priests. This, of course, led to Robert Catesby and his fellow conspirators to come up with the ill-fated Gunpowder Plot to blow up the House of Lords.

From the disruption of the Reformation came the Thirty Years’ War, which lasted from 1618 to 1648. It started off as squabbling between Protestant and Catholic states within the Holy Roman Empire but became more about who would rule Europe and resulted in eight million casualties. 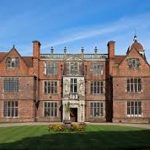 However, James’ rule is also remembered for the rise of artists, playwrights and scientists. It was also significant for its architecture, which saw opulent, luxurious houses being built by the wealthy. It was heavily influenced by both the Italian Renaissance style and Dutch design concepts.

The buildings often featured symmetrical wings flanking a large, central building, often made of stone or brick. Decorative columns and arches were added, and roofs were flat or gable, and usually both. Inside, ceilings had wooden carvings, and ribbon-like patterns were carved into walls. Staircases were a key feature, set in the middle of the building and designed to impress.