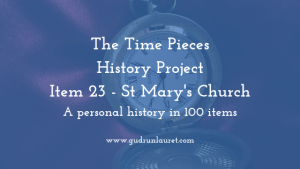 First time on the blog or new to the Time Pieces History Project? Find out what it’s all about here, and then come back to this page for today’s item – St Mary’s Church. 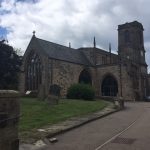 Until a few years ago, I had no idea that this lovely little church even existed. Tucked away at the bottom of Gateshead, it was unnoticed and unloved for many years. The opening of The Sage next door may have had a hand in its newfound popularity.

It’s deconsecrated and free to visit, and the church is a nice addition to the other sites of the revitalised Gateshead Quayside. Pop in on your way down to The Baltic arts centre and cross the Millennium Bridge into Newcastle (or come the other way!) You can even hop on one of the yellow city buses which go back and forth across the Tyne.

The History of St Mary’s Church

The site of the church has had religious significance for over 900 years, and has withstood the ravages of time – fire, plague and wars have come and gone. The building was deconsecrated in 1979, and the Heritage Centre, as it’s now known, is often used for events.

Historical records show that there was a monastery in ‘Getehed’ in 653 AD, and it’s possible that the current church is built in approximately the same location. A former curate suggested that the Roman-style stones in the building may actually date from that time.

In 1242, Robert de Plessis is recorded as the first of many Norman rectors, which is quite some time after Robert 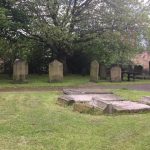 Curthose built the Keep. In 1340, the Bishop of Durham approved the building of a sealed cell next door. It was home to a female hermit (we know how much I like hermits!) known as an anchoress, although she wasn’t totally isolated, as she had to teach lessons to children. Her cell became a school, which educated locals until 1870.

St Mary’s was the only place in Gateshead where people could get married, and the only Anglican church in the area until 1825, earning it the title ‘mother church.’ It was also a burial site until 1853, when town centre burials were banned by an Act of Parliament.

In 1854, a fire started in a woollen factory on the river below the church, which then spread to a nearby warehouse. The damage was so severe that St Mary’s had to be almost completely rebuilt. The fire killed 53 people and took two days to put out.

Why is it Called St Mary’s?

So why St Mary’s? As we’ve seen, there’s another St Mary’s Church just down the road in Heworth, as well as the lighthouse in Tynemouth (coming soon). There’s also a St Mary’s Place in the centre of Newcastle, although confusingly, the church there is called St Thomas’ (after the martyr). 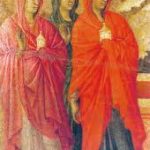 Mary’ most likely refers to the mother of Jesus, who was assumed to Heaven after her death. It’s quite likely that St Mary’s is a common and popular choice of name for a lot of things. Interestingly, Wikipedia lists nine other potential St Marys, including Mary Magdalene and Salome.

This Salome is not the one who wanted John the Baptist’s head, but is also known from medieval times as Mary Salome, one of the Three Marys thought to be the daughter of St Anne and sister of the more famous Mary.

The Church of St Thomas the Martyr

If the church at St Mary’s Place isn’t named after her, who is it named after? St Thomas the Martyr is Thomas Becket, murdered by knights in 1170 and made a saint three years later. A chapel built on a bridge over the Tyne was dedicated to St Thomas and possibly an act of penance by one of his murderers, Hugh de Morville. It’s not clear why he chose Newcastle, though, as he was the Lord of Westmoreland in Scotland. 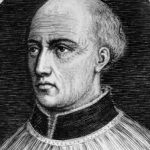 Interestingly, a hospital for lepers previously occupied the site of the church and was dedicated to Mary Magdalene. She appears in stained glass windows in the current building, so perhaps that’s where the street gets its name. The church was built between 1827 and 1830 by renowned architect John Dobson, who we’ll meet later. It’s in the style of ‘Early English Gothic’, a building design popular around the time of Becket’s death.

A (Brief) History of Gateshead

As with Newcastle on the north of the River Tyne, Gateshead has been a settlement since the Roman times. The Venerable Bede, who lived a few miles down the road, writes of Abbot Utta in 623. Some 400 years later, Robert Curthose’s dad, William the Conqueror, defeated King Malcolm of Scotland and claimed the land. 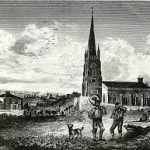 In medieval times it was mostly a forest and came under the jurisdiction of the Bishop of Durham. In 1430, it was noted as “Gatishevede” in a legal record. The first coal mine in the area is dated to 1344, and many centuries later William Hawks built his ironworks, where he produced anchors and chains which were sold around the country.

One of the most famous residents of Gateshead was Sir Joseph Swan, who developed an early version of the lightbulb in 1860. Although the bulb didn’t give out much light, the design was used by Thomas Edison 20 years later. Swan also developed a way of drying wet photography plates, and then invented bromide paper, used in modern prints.