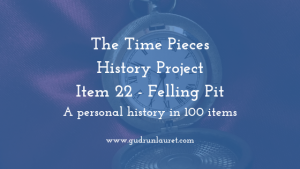 First time on the blog or new to the Time Pieces History Project? Find out what it’s all about here, and then come back to this page for today’s item – Felling Pit. 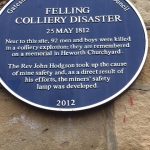 You’re unlikely to find Felling Pit in a guidebook of the sights and sites of the North East, not least because there’s really not much to see. However, for a country, and particularly a region, which was once thriving because of the mining industry, I think it’s important to mark that part of our history.

I chose Felling Pit to represent that old industry because it’s the nearest one to me, and many of the families in the local community will have had ancestors who worked down there. Most of mine were in the shipyards, an equally dangerous and challenging workplace.

When we think about mining now, it’s easy to consider it outmoded, and perhaps, for those of us old enough, to remember the miners’ strikes of the mid-eighties (I don’t, for the record!) and the devastating impact the mine closures have had on towns and villages around the UK. They were, though, an important part of life up until fairly recently.

The History of Felling Pit

Felling Pit, or Colliery, opened in 1779 and closed in 1931 and was originally owned by the Brandling family, who we’ll meet a little later on. It was also known as ‘Brandling Main’ and had three main pits. According to the Durham Mining Museum website, it employed over 1,000 men and boys at its peak (1914), with the majority of them belowground.

At the time the mine was sunk, Felling was actually part of County Durham, and the pit is therefore one of the oldest 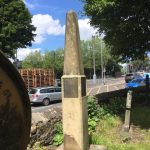 There were five explosions at Felling Pit, with the first and most significant occurring in 1812, with the loss of 92 lives. These victims are listed on a memorial at St Mary’s Church, Heworth (with the exception of one, whose body was never found), where the children in the bed are also at rest.

Rather gruesomely, the site also has a list of unnamed victims who were killed through accidents such as crushing, falling out of the cage or down the shaft. It should be noted that after the Felling Pit disaster, public concern about the dangers of the work led to the invention of the Geordie safety lamp (by local legend George Stephenson) and then the Davy lamp. 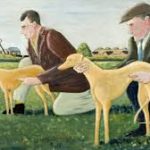 It’s not all doom and gloom though. Despite the harsh conditions in the mines, rom them came things of beauty. The Pitmen Painters is the name given to a group of miners who participated in a programme through the Workers Education Association to learn about art appreciation.

Starting in 1934, the men were encouraged by their tutor to try to paint themselves, which led to them capturing every aspect of their daily lives, whether at home, in the mines or relaxing at the allotment. The story of the miners of Ashington has inspired a play, and their artwork is on display at the Woodhorn Museum.

The lives of the miners and the wider communities has inspired a group of North East musicians to get together to share those stories. The Pitmen Poets are all celebrated performers in their own right, but tour together to tell tales, sing songs and recite poems about the mining villages they were brought up in.

Held annually, the Durham Miners’ Gala celebrated its 135th birthday this year. Organised by the Durham Miners’ Association, the Gala brings together 200,000 people who are members of the mining trade unions, the communities or simply supporters.

They march through the historic city of Durham (more on that to come) to the racecourse, where selected speakers talk about causes that are important to those in the North East. There’s a service held at the Cathedral to honour and 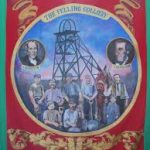 Bands representing the local collieries participate, along with former miners, and each colliery has its own banner, proudly held aloft. The banners depict the miners or their families, local politicians or workers in general. Lasting up to four hours, the march alone is worth seeing.