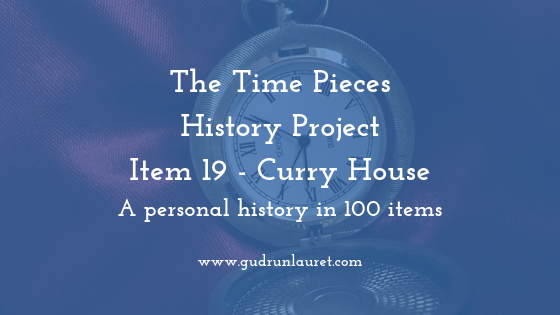 First time on the blog or new to the Time Pieces History Project? Find out what it’s all about here, and then come back to this page for today’s item – the curry house.

The Curry House – Introduction to Item 19 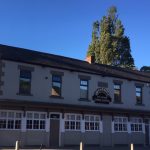 This particular curry house is about five minutes’ walk from my house. In a former pub where the highlight was ‘Scouse Disco’ on a Friday night (passports required), Saji’s are now meeting the curry needs of Felling.

The curry house represents a lot of people – my husband, who’s happiest when he’s eating curry (ordering curry, or thinking about curry), my brother, who I bonded with over curries just before he moved away, and my parents, who inspired my love of it very early on.

In York in the early 1980s, my parents spent a lot of time in Indian restaurants, with me in my Moses basket under the table. The story goes that they would dip my dummy in mango chutney to keep me quiet (I don’t think that would still work today!)

As the waiters got used to seeing them, they would scoop me up and take me off to the kitchens, no doubt stuffing me full of curry. And as a sophisticated 10 year old, I celebrated my birthday in a restaurant in Newcastle (which is still there, and as far as I know still good).

The History of the Curry House

As with other things, curry has a much longer tradition in England than you’d first think. Men working out in India for The East India Trade Company (which dealt in goods such as tea, silks and opium) had developed a taste for the traditional spicy dishes, and were keen to eat it when they were back in Blighty. That word comes from the Hindustani ‘vilayati’, which means ‘foreign.’

The governors could afford to bring their cooks home with them, but for those who couldn’t, the Norris Street Coffee 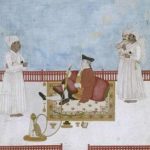 House in Haymarket was serving curry from 1733. Within 50 years, it could be found in several restaurants in Piccadilly.

The first cookery book was published in 1747, and included recipes for sides as well as mains. The first dedicated Indian restaurant opened in Mayfair in 1810 and was known as the Hindoostanee Coffee House. It had bamboo chairs, Indian scenery decorated the walls, and there was a separate room for diners to smoke a hookah pipe.

By 1840, curry was being touted as good for the circulation and digestion, and was becoming more popular. It suffered a setback when Indian culture was frowned upon after the 1857 revolt, but by the end of the century it had revived, in part down to Queen Victoria’s fondness for it, inspired by her servant, Abdul Karim (“The Munshi”).

Still, it took almost 100 years after that for it to become a mainstay of the English diet. After the war, Indian immigrants bought bombed-out fish and chip shops and served curries alongside the more usual fare, staying open late to appeal to those leaving the pubs. The wave of Bangladeshis in the 1970s saw it spread across England and become more commonplace.

The owner of the Coffee House, Sake Dean Mahomed, is a fascinating character, and was recently honoured with his own Google Doodle at the start of the year to mark the publication of his book. He was something of a celebrity in the 18th century, famous for being an author, adventurer and accomplished businessman. 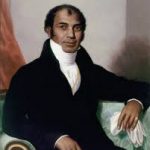 His autobiography, ‘The Travels of Dean Mahomet’, told readers about his experiences in the Indian military and moving to Ireland to learn English. He married a local woman, Jane Daly, which was a scandal at the time because it was both interracial and mixed-religion.

The family moved to England, where he first worked as a ‘doctor’, although in reality he worked in a spa. His book included a section on the benefits of spa treatments. During this period, he introduced chāmpo, a Hindi word meaning ‘head massage with oils.’

After that, he ran the restaurant, although he went bankrupt after only two years. Undeterred, Mahomed then packed his family off to Brighton, where he set up his own spa under the name of ‘The Shampooing Surgeon’.

His head massage service went down extremely well, and he had the honour of tending to the noggins of both George IV and William IV, leading to him being dubbed the ‘shampooer of kings.’ Sadly, though, he died penniless and unknown in 1851.

From antiquity, spices such as turmeric, ginger, cinnamon and cardamom were traded in the East. Then they went to 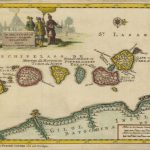 the Middle East, where the traders embellished their sources, weaving myths and stories to dazzle the buyers.

Key to success for the traders was the routes they used to transport the spices, with overland routes replaced by sea as technology advanced and ships were built. There were different routes for different goods, although those moving from Southeast Asia and China across to India and Sri Lanka controlled much of the waterways.

UNESCO describes the water-based spice routes as the Maritime Silk road, stretching “from the west coast of Japan, through the islands of Indonesia, around India to the lands of the Middle East – and from there, across the Mediterranean to Europe”.

This route covers more than 15,000 km (9,320 miles), and involved not only treacherous journeys but unwelcome receptions when reaching a distant land. As need and possibilities grew, the traders travelled further from their home ports to find ever-more tempting flavours to sell.