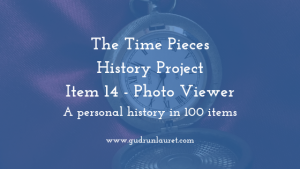 First time on the blog or new to the Time Pieces History Project? Find out what it’s all about here, and then come back to this page for today’s item – the photo viewer.

The Photo Viewer – Introduction to Item 14 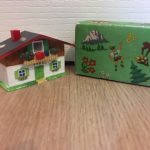 This photo viewer represents a very important person in my life, but not a relative, like the people you’ve already met. When I was very small, we lived in York (I was born at the old maternity hospital in Naburn) and my parents both worked full time. They put an advert in the post office window for a babysitter, expecting a teenage girl to come and do a few hours a week.

Instead, one of the post office staff responded. Margaret (whose blog is coming up shortly) and Dennis were in their late 50s and lived around the corner from us. They started looking after me when I was 18 months old, and became an extra set of grandparents for me. 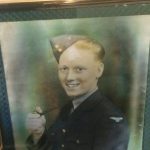 Dennis in his RAF uniform circa 1943.

I spent most of my holidays with them, and when Perri the Vicious Poodle died, the mongrel puppy they got next was mine. We wanted to call her Heidi, but Hi-de-Hi was popular at the time and we worried people might shout the catchphrase at her, so she was Trudi instead.

The Swiss chalet sat on a shelf in Dennis’ music room, and I was allowed to look at it occasionally, clicking the chimney (yes, really!) to change the faded images. One of them, I was reliably informed, was of a church marking the spot where Grace Kelly had her fatal car accident. I’m not sure if this is actually true…

The History of The Photo Viewer

A look around on Google (other search engines are available) doesn’t give much information about these funny little souvenirs, but although they’re modelled on Swiss Chalets, they were apparently made in West Germany and known as “gucki”, which might be where Dennis bought his. 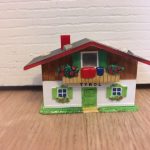 Depending on where they were purchased, the images within may be from Austria, Germany or Switzerland. I can feel a collection coming on… They do come in other styles as well, with a range of retro TVs available on Etsy, plus Disney-themed screens, and one of the Royal Gorge Bridge in Colorado.

From what I can gather, these were popular in the 60s and early 70s, and are now sadly consigned to the kitsch section of vintage memorabilia. I’m obviously biased, but I think they should make a comeback!

The History of the Photo

The origins of the photo are fascinating, and I’m always surprised to be reminded that photography has been around for a lot longer than you’d expect. The word itself, first used in Victorian times, come from two Greek words: photos (light) and graphein (to draw).

In 1824, heliography was invented by Nicéphore Niépce. The technique used ‘bitumen of Judea (derived from petroleum) spread onto a silver plate – 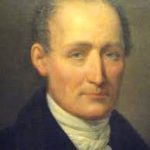 after being exposed for a few days, the images appeared.

However, the plate was expensive, heavy to carry and required polishing before it could be covered with ink and the print produced. A glass negative was introduced by Sir John Herschel in 1839, which made the process cheaper and easier.

Later, Niépce brought in Louis Jacques Mandé Daguerre to help him with his experiments in 1829, and three years later they reduced the exposure time to one day.

Louis was the inventor of the silver plate, iodide and mercury technique which used light to reduce the exposure time down to half an hour, and included fixing the image afterwards. He gave his name to the discovery, which we all know as the daguerreotype.

From there, things developed rapidly (pardon the pun!) Eastman Kodak’s first camera went on sale in 1888, with the catchy slogan of: “You press the button, we do the rest”. The Brownie appeared on the market in 1901, although it wasn’t until much later in the century that the colour photo was an option.

However, while the process for creating lasting images of what people saw began in the 1800s, the act of showing pictures is much older, with the first camera obscura believed to date back to the 13th century. A reference to it also exists in one of Arabian scholar Hassan ibn Hassan’s 10th century manuscripts. 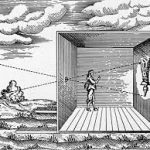 From the Latin words for ‘dark chamber’, the camera obscura was a small, dark room, with a single, small source of light – a hole in one wall. Whatever was going on outside was cast onto the opposite wall, but upside down. Early attempts to capture these images, dating to the 16th century, used a piece of paper on the wall, which an artist could draw around.

Eventually, portable versions were invented, including a pocket-sized camera obscura. These black-painted boxes used a mirror to view the images, angled in such a way that whatever was captured could be seen the right way up. It was Niépce’s plate that changed things.

The Literary and Philosophical Society (Lit and Phil) in Newcastle offers history lectures on a range of disparate subjects to both members and non-members, often free. When I’m in the UK, I like to go along and learn something new.

A year or so ago, we attended a presentation by Denis Pellerin on the stereoscope. Pellerin has studied stereoscopy for many years, and it turned out that Dr Brian May (sometime guitarist for Queen) has one of the largest collections of stereoscopic cards.

Stereoscopy is a way of producing 3D images, and initially these were hand-drawn. They’re created by taking two 2D photos (or drawings), one for the right eye and one for the left, to create the illusion of depth, which are not quite identical.

The stereoscope is the instrument used to view cards on which the two images are printed side by side. When the stereoscope was invented in the 1830s, it involved the use of mirrors to reflect the two sides of an object, which was then drawn to show the two perspectives needed for each eye.

When cameras came along, it made it easier, but the pictures had to be taken outside, due to the complexity of what 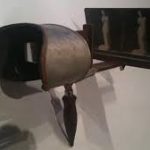 was involved, and could only be shot in landscape, never portrait.

By the 1860s, stereoscopes were everywhere, and the middle classes bought the images and the viewers and held parties to look at the latest images. For the poor, there were exhibitions where they could go along and experience the technology too. There were also lending libraries so people could borrow the images and stereoscopes.

Brian May is now Director of the London Stereo Company, where he sells his patented OWL viewers. It’s possible to now create stereoscopic images with a mobile phone – it requires a fairly cheap app to make the two images, and a viewer. I keep meaning to try it myself!