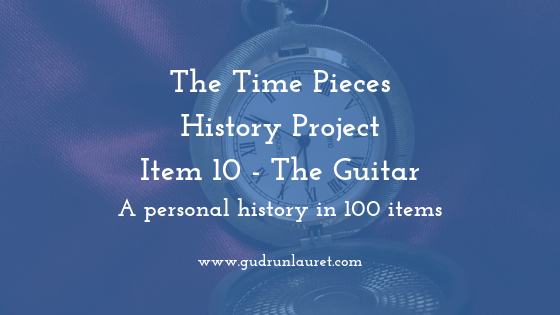 First time on the blog or new to the Time Pieces History Project? Find out what it’s all about here, and then come back to this page for today’s item – the guitar.

The Guitar – Introduction to Item 10 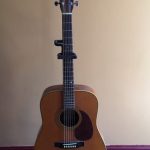 This acoustic guitar belongs to my Dad, and when I was a little girl he would play “Froggy Went A’Courtin’” on it for me. I think every house should have an acoustic guitar, so when you have a party someone can play it – this one could tell some stories!

It also reminds me of my brother, who played it early on when he was just starting out as a guitarist. He moved to electric soon after, and we listened to Parisian Walkways 50 times a day for what seemed like months. It paid off, though, as he now works as a full-time musician and teacher.

Music has been a huge part of my life, from my Dad singing Pink Floyd to send me to sleep, through to the violin lessons I had until my mid-teens and the bands my friends and I used to follow around. I love a good guitar riff, and if you’re interested, my favourite song is still “Voodoo Child (Slight Return)” by Jimi Hendrix. So now you know!

The History of The Guitar

The guitar has existed in some form or other for the last 4,000 years. Apparently, there are various theories on where it came from, with some suggesting it’s based on the lute. However, while there are some similarities in early forms of both, the lute was not a part of the development of the guitar.

Similarly, the idea that it’s descended from the Ancient Greek instrument, the ‘kithara’, seems to be based on the fact that there is a Spanish instrument known as the ‘quittara’, and the two words are quite similar. As it turns out, the kithara is a square, seven-stringed harp played in the lap, so nothing like the four-stringed quitarra. 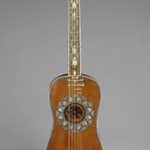 In the early 16th century, instruments that had some resemblance to modern guitars became popular, although these had four lots of strings, with three of them in double sets. The peg box was similar to that of a violin, and the strings were glued to a tension bridge at the belly, which ran over the sound hole.

Over the next three hundred years, the instrument evolved to have six sets of strings, the tuning pegs moved to the head, and the tuning itself moved from the ‘C-F-A-D’ which matched the lyre to the ‘E-A-D-G-B-E’ by 1800, which is the one still used today.

The World’s Most Important Instrument Maker 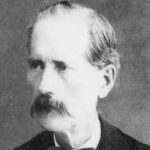 Antonio de Torres Jurado, who lived in Spain in the 1800s, is regarded as someone who “impacted the entire history of modern music.” Jurado was a luthier, a maker of all kinds of stringed instruments, but he’s famous for redesigning the classical guitar, on which all acoustic versions have been modelled since.

Based in Seville in the early part of his career, Jurado came into contact with many composers and musicians, all of whom were desperate for innovative new instruments. He was particularly encouraged by composer and guitarist Julian Arcas, who pushed him to create a different kind of guitar.

The History of the Electric Guitar

The first electric guitar appeared in the early 20th century, evolving from a need to make the sound louder – initially, electronic gadgets were attached to acoustics to achieve. The main difference in appearance is that the electric version has a hollow body.

As time went on, more sophisticated ‘pick-ups’ were added to increase the volume, and different attachments, such as the whammy bar, were introduced to change the sound.

I was once stopped at Dinard airport in France when my brother’s Fender, which I was bringing over for him, had caught the attention of security. It was pretty difficult to convince them that that I wasn’t trying to conceal a dangerous weapon.

American singer and inventor Paul Tutmarc is sometimes credited with inventing the first ‘proper’ electric guitar in around 1936, although musicians John Dopyera and George Beauchamp developed a wide-bodied guitar with electric pickups, which they took to Swiss-American engineer Adolph Rickenbacker.

Lloyd Loar, who worked for Gibson from 1919 to 1924, pioneered the f-shaped holes similar to a violin, longer neck 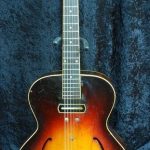 and floated the fingerboard over the bridge and body, creating the much-revered and admired guitar, which morphed again into the ES-150, before Les Paul created his solid-body version in 1940.

In case you’re wondering, I can’t produce a single note on a guitar. While I have great appreciation for music, the talent gene appears to have passed me by in that respect!

If you’d like to read some of the earlier blogs, have a look here or here.