Twenty years ago, I had my first piece of writing published in a national magazine, and I was on the path to Pulitzer Prize, er, pride. I’ll be celebrating this event with cake and republishing the article later this month, but first, some context.

In 1997, I was 14 and in Year 9 (3rd year seniors) of high school. In honesty, nothing much stands out – just homework, watching Neighbours and TOTP (who remembers that on Thursday evening?) and being annoyed by my little brother. I’ll talk about my journalism glory another time.

On a bigger scale, though, Tony Blair led the Labour Party to victory, ending 18 years of Conservative rule, and he was so cool that everyone wanted in on the action. The biggest celebrities of the day were pictured attending a bash at No 10, and Cool Britannia was in full swing. 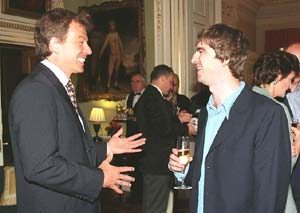 Diana, Princess of Wales, was killed in a high-speed car crash in Paris at the end of August, a story which dominated the front pages for fifteen days and sparked national mourning on a remarkable level, as well as speculation on what really happened, which still goes on today.

Britain handed Hong Kong back to China after 99 years’ rule, which was considered to mark the end of the Empire. More importantly, the IRA declared a ceasefire in July. Scientists confirmed they’d successfully cloned a sheep, who was named Dolly. She lived to reach her sixth birthday.

British film, TV and music continued to dominate, with exciting, innovative releases appearing every month. Oasis released their much-hyped (and overrated) third album, Be Here Now, with queues at record stores everywhere. I bought it the day after it came out, and wished I hadn’t bothered.

Risqué film The Full Monty was released, and I saw it at the pictures, despite not being old enough for the screening. Having missed Trainspotting the year before, and not being a fan of the TV show Hamish Macbeth, this was my first introduction to Robert Carlyle, an actor I still admire. He’s not much of a dancer though.

ion of children to wish they weren’t born Muggles. More significantly, Philip Pullman’s second book in “His Dark Materials” trilogy came out. This series had my whole family gripped, and he’s an author I’d highly recommend. Don’t be put off by the YA or fantasy tags, his stuff is fantastic.

I’d love to hear your memories from 1997! Next week, the music of the year.

Click through to read blogs two, three and four in this series (blog four is that original piece of writing!)